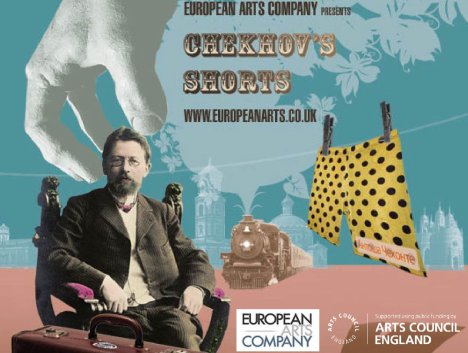 This selection of Anton Chekhov’s shorter work plays were not only highly amusing, but remain incredibly perceptive of the follies of human behaviour which continue to prevail more than a century later! Brought to Scotland by the European Arts Company, in an earlier interview with the Mumble John O’Connor stated; ‘It’s been called ‘the perfect introduction to Chekhov’. Anton Chekhov is the second most performed playwright in the world after Shakespeare and one of the giants of world literature. He wrote over 600 short stories which are often very funny. Chekhov wrote his longer plays (The Seagull, Uncle Vanya, The Cherry Orchard etc) as comedies but they were played as tragedies by the Moscow Arts Theatre under the director Stanislavski. Chekhov was grateful for the success but frustrated by the ponderousness of the productions. Sadly, this tradition seems to have continued and I’ve seen some very dull, worthy, humourless productions of his plays. We wanted to show that Chekhov was a great comic writer and these 5 short plays were originally performed in Russian vaudeville theatres so were always meant to be populist and entertaining. They contain all of the beautiful bittersweet elements of his longer plays but with the brevity of a sketch show.’ 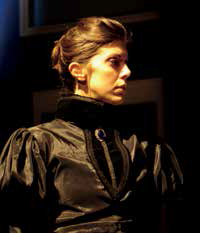 Superbly acted by Rupert Mason, Eva Savage and Will Hartley, the audience were treated to genuinely hilarious depictions of marital woes in ‘The Evils of Tobacco’, suitors seeking fools in ‘The Dimwit’, amorous charades with pistols in ‘The Bear’, drunken lamentations of old age in ‘Swan Song’, and how not to propose in ‘The Proposal’.  There is a brilliant dynamic between these actors that brings Chekhov’s work vivaciously to life. These five amusing and well-written plays were complemented by a fine set; both costumes and music accurately convoked Russian domestic life, based on proper research from historical archives.  Amusing and insightful at the same time, I would thoroughly recommend this show and look forward to seeing more of Chekhov’s work and more from this talented acting company. It’s great to have such high calibre plays at the Brunton theatre.

Posted on March 27, 2017, in Uncategorized. Bookmark the permalink. Leave a comment.