The Beaches of St. Valery 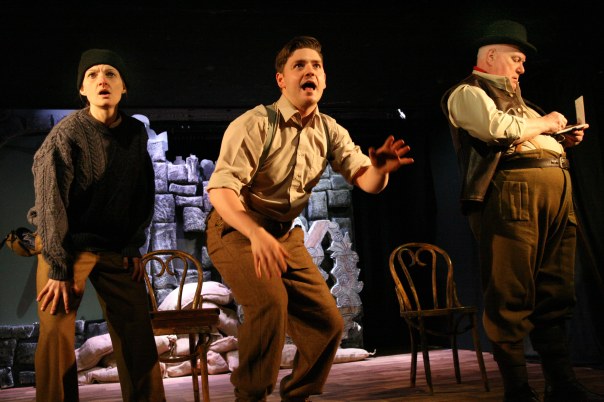 This week’s wickedly lovely play, the Beaches of St.Valery, came from the pen of the excellent Stuart Hepburn. The show was making a welcome return to Oran Mor, with the original cast (James Rottger, Ron Donachie and Ashley Smith) reprising their roles. We were introduced to young Callum (Rottger) all dressed up in his smart army uniform, and soon caught up in the horrors of WW2. We watched as he and other Scottish soldiers of the 51 st Highland Division dealt with the reality of wartime. 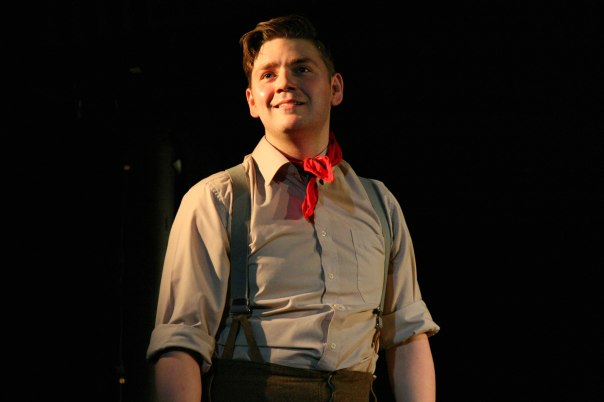 The play effectively dealt with themes of duty and loyalty, as depicted in the character of Sergeant McGregor (Donachie), an old soldier with a lifetime of army and war experience. We also saw how the youngsters grew from being reluctant conscripts to embracing the idea of duty and service, no matter what it took. And it took a lot, especially for the Sergeant who had to give the terrible orders. The action took us right to the battlefield, using effects such as a castle backdrop, lights, explosions, the sound of planes flying overhead, radio reports, recollections. We followed them through well-choreographed manoeuvres as they fought, then retreated on the beach. We joined them as they huddled together in a bunker for warmth and Calum found love with Catriona (Smith) in the midst of all the turmoil. Somehow the fact that there was a smaller audience for today’s play (we are in Coronavirus territory after all), only made it all the more poignant. In the slightly eerie atmosphere no-one really wanted to laugh at the one small joke. 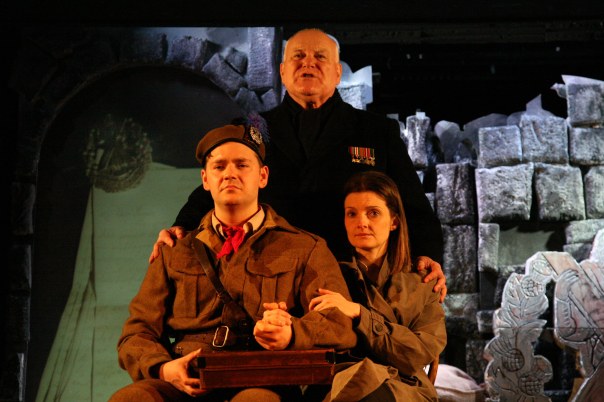 The author has thrown a light on the less well known fact that while thousands of British soldiers were rescued from the beaches of Dunkirk, this Scottish division was left to defend St Valery to the last man. Many died, many surrendered. The play wasn’t about anger at this apparently desperate situation, only the touching sense that though they were more than willing soldiers all they wanted really was to go home to their loved ones. An impressively well put together drama, with writing and craft that directly touched the heart and sent you home with a huge sense of compassion for those who had lived through it. It seems a fitting tribute to them and is well worth a visit.

Posted on March 18, 2020, in Scotland. Bookmark the permalink. Leave a comment.