An Interview with Horse McDonald

Horse McDonald has just begun a 2 month tour of Scottish venues with her play, Careful, an admirably frank and engaging telling of her own touching story of survival, from wearing two-tone velvet loons to becoming one of Scotland’s most celebrated singers; painting a vivid and powerful picture of those times when she had to be… Careful. Her next performance is at the Birnam Arts & Conference Centre, Dunkeld, this Friday, the 24th March Over the weekend, Horse took a little time out to talk to The Mumble; 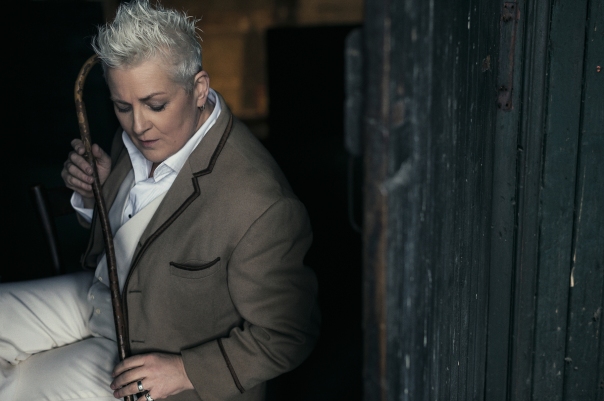 THE MUMBLE : Hello Horse McDonald – So where ya from & where ya at, geographically speaking?

HORSE : Hello! I was born in Newport on Tay, in Fife. I am in rehearsals ahead of the tour for my play, my story, Careful. We are currently at Rockvilla, the National Theatre of Scotland’s new purpose built base in Glasgow

THE MUMBLE :  You’re just about to tour your play, all over Scotland. Can you tell us why you decided to create such a piece of theatre.

HORSE : The time felt right, not just for me but Scotland. It came from conversations with my other half, she felt like I needed to challenge myself and that is certainly what I did. In my lifespan, there has been great change, the timeline sharing many historic and political events. At a point in my life where I feel I can speak and be heard, it reflects on those times when my voice was silenced. For those who are not able to speak then it serves as a reminder that it can and does get better for most people, LGBT or otherwise.

THE MUMBLE :  Could you imagine watching an honest & open revelatory play like careful in the Lanark you grew up in

HORSE : No. The town I grew up in was the same as any other small town in our country. This is about the opinions that prevailed, the political climate, the law, closed and small minds. The fact that it is biographical would have meant me facing the people who had provoked and attacked me. There is no excuse for any bullying, it is wrong, but LGBT bullying in the past was often down to ignorance and lack of knowledge. There is never an excuse for treating people badly.

THE MUMBLE :  Careful made its debut at last year’s Fringe. How did you find the experience?

HORSE : It was highly emotionally charged and deeply personal. I had to face events from my past which I had long since buried – issues and stories arising from bereavement, bullying, abusive situations and my musical journey amongst many others. To bring them back up was traumatising, some events happening to me from as young as 7 or 8. I struggled with a lot of the stories. Both Maggie [Kinloch, director] and Lynn [Ferguson, writer] took great care of me during the entire process. We made a powerful team. 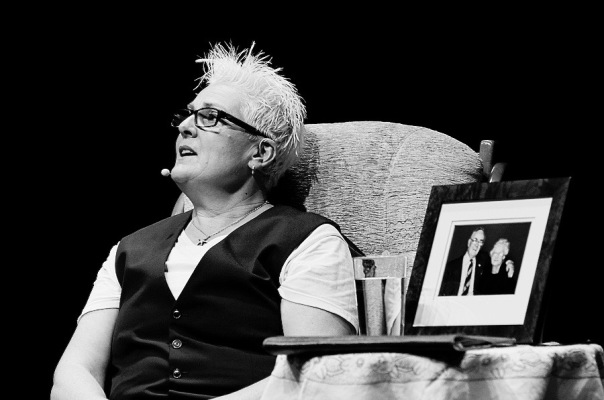 THE MUMBLE :  What emotional responses did you get from the audiences?

HORSE : After every single performance, people left either in silence or were visibly upset – both men and women. It meant a queue of people, post show, waiting to either hug me or get a hug. It provoked great debate, but mostly the audience felt sheer empathy with the various stories within the play. As human beings we have all experienced one or more of those elements. It is certainly not a gay play, just one person’s struggle to find their voice and we can all identify with that. The amount of 5 and 4 star reviews show just how well it was received.

THE MUMBLE :  Careful has been co-written with writer Lynn Ferguson, can you tell us about your creative relationship

HORSE : Over a period of more than a year, from the beginning I shared my stories, whether via email or Skype calls to the end of the process, this was a constant. Not only could Lynn see it from the outside but she also took my experiences and revealed a side of me that people did not know but managed to maintain a safety net for me, not putting me completely through the mill. She put my stories in an order, managing to keep the thread running through it. She managed to keep a balance between the darkness and the light, the sadness and the humour.

THE MUMBLE :  After Careful you will be singing a few of your classic numbers – any ideas which?

HORSE : After the interval Maggie and I will be doing a Q + A and inviting questions from the audience. It will depend on the conversation and some of the questions asked each night but I don’t doubt that ‘You could be Forgiven’ (the first single) and ‘Speed of the beat’ will be there – I can’t imagine not doing those! I have the same problem when organising a set list – usually the problem is not choosing what to put in but what can I leave out!

THE MUMBLE :  What does the rest of 2017 have in store for Horse McDonald

HORSE : I am writing an autobiography now. I have festival appearances in summer and full band shows at the end of the year. I’m also excited about a special double header in London with David McAlmont called ‘Dusty v Shirley’ in which he and I pay tribute to those two iconic singers. We have various songs to sing solo but will duet on others. He is one of my favourite singers ever, so it is a real thrill to be asked. There will be more band gigs too.

Posted on March 20, 2017, in Uncategorized. Bookmark the permalink. Leave a comment.