A Fear And Loathing Actor In Dublin 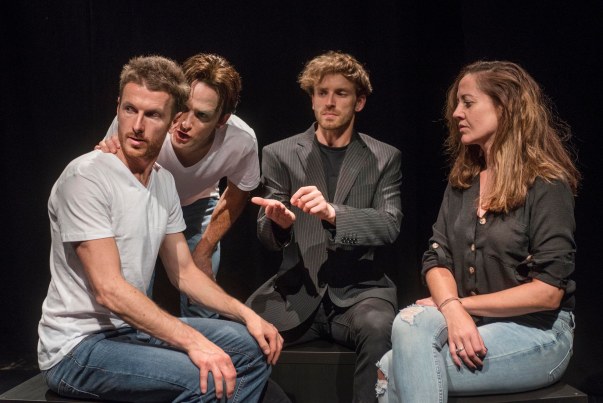 A Fear And Loathing Actor In Dublin, by Irish playwright Mark McAuley, allows us to hovercraft over the Viking waters to Dublin, where we sit at an intimate window into the life of a struggling thirty-year old actor. This is Vinny, played by Mark himself, & he is seriously treading water; job offers are thin on the ground, his love-life is complicating deeper every day, & to his flailing feet are wrapped an increasing, debt-swelling dependency on cocaine. It is within the paranoiac confines of this surreal half-life that the phrase “I am due a corporate gig,” is used to get the soul-destroying powder on tick. Thus, & almost immediately, we are presented with an unlikeable figure – Mark is a fantastic actor, but his part is someone hard to connect with on a spiritual level, unless of course you like a bit of coke. The drug-use does drift away, however, as the play progresses; its not all about chopping the lines out Human Traffic style.

This play is an exploration of ego & its effect on reality. The main battlefield is the relationship between Vinny & his girlfriend, played by the very slick Lisa Tyrell. A third actor comes with Gary Buckley, who plays the role of Vinny’s conscience hovering around him like a Scroogean ghost, yet solidified into an identically-dressed human being. Throughout the play we witness the two of them chatting together in the same way all of us live in our heads. This was a clever touch, but quite confusing at first. I didn’t know if we were actually meant to figure it out for ourselves or not, but either way its an unnecessary distraction. Better to know beforehand. Completing the quartet was Fiach Kunz, who filled various roles with plenty of variety to make the play feel real. Together they band well, their training & experience is the strong glue which holds the play together, a plurality of polished performances in which you can feel the affections they hold for one another. They relish the moment, too, you can tell – like athletes at a Games. 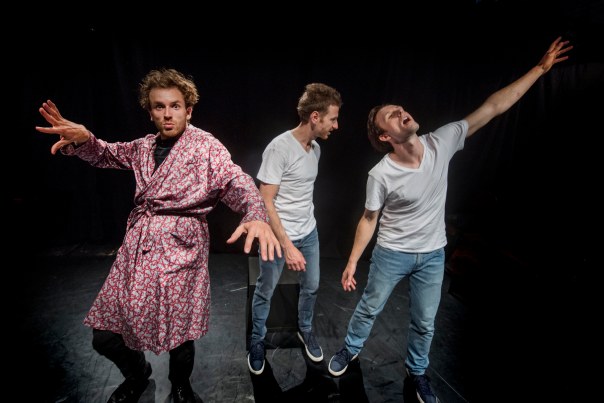 There are some great scenes throughout, including a slightly contrived Paul at Damascus moment of realisation, which together concoct a rainbow story-arc with precision. Unfortunately, there is a certain fragmented modernism to the play’s stagecraft, both inviting & expecting our imaginations to fill the aesthetic gaps. I felt I never really had the mental peace to do that, tho’, – the action was over-energetic in both writing & performance. Like surfing the speed limit in the middle lane on an uncluttered motorway. I guess its all about taste really, I prefer classical paintings to modern art, but the pace was definitely too rocket-fueled either way. But then again, I might be missing the metaphor for the dizzying mental craziness of a tortured actor, which is the play’s central theme.