← Ron The Plumber Meets God-Cilla
An Interview with Lily Bevan →

An Interview with Henry Maynard 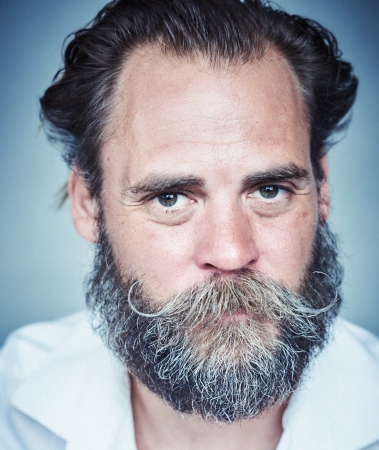 The theatrical mind of Henry Maynard is to the Fringe as cranberry sauce is to a Christmas Turkey; absolutely essential!

Hello Henry, how’s tricks & welcome back to Edinburgh. So where ya from & where ya at, geographically speaking?
Henry: Hello Mumble, thanks! I’m a glutton for punishment so here I am again for the seventh year in a row. I was born in Croydon, grew up around St Ives, Cambridgeshire and have been living in north London since I went to Drama School in 2006, whilst writing this I am sitting in Deli Airport on my way to perform in a Bollywood feature film.

When did you first develop a passion for performance art?
Henry: I had a wonderful teacher in primary school who introduced me to performing, I was lucky enough to be given good roles, which continued through GCSE drama and into A’Level Theatre Studies and culminated in a BA(hons) in Acting (after a six year flirtation as the Lead Singer in a Thrash Metal band)

What for you makes a good piece of theatre?
Henry: Flabbergast’s tagline is that theatre should be ‘engaging and sweaty’ I love direct address, I’m not too bothered about story arcs but I feel that theatre should be a sharing of an imaginative experience. I love Physical theatre (that isn’t wanky). I’m also partial to Brechtian theatre, my favourite ever performance was a show called ‘All Wear Bowlers’ by Pig Iron, it was a silent Clown show and heavily influenced my decision to explore that medium in my solo ‘Tatterdemalion’

Can you tell us about your time with War Horse?
Henry: I was in War Hores (deliberate misspelling) for eighteen months in the West End performing as the Head of Topthorn. It was a great experience and certainly the longest run I have done to date, as the horses you are encouraged to be as like a real horse as possible which gave us quite a lot of opportunity to play and develop our performance between the three puppeteers, that kept it fresh. I’m not sure being a human part for that long in that particular play would have been as exciting for that long. Physically it was very demanding but I thrive on that.

Can you tell us about Flabbergast?
Henry: Flabbergast was set up by me in 2010 with five founding members to create what eventually became the Boris & Sergey cannon of six shows several short films and viral videos and Plan B’s Music Video ‘In The Name of Man’. We have toured all over the world including America, Africa, Australia and Europe, been all around the UK and performed with the Old Vic and Shakespeare’s Globe. It has fostered the careers of several excellent puppeteers who have gone on to perform in West End shows, on Television, and in No 1 tours. Recently we delved into Clown and Buffon, and even did our first ever narrative based show (Macbeth at Wilton’s Music Hall) whilst exploring mask.

What does Henry Maynard like to do when he’s not being theatrical?
Henry: I love building, making and restoring. I have built a theatre which we brought to Edinburgh called The Omnitorium, I have a Narrow boat which is now screaming for me to do some work on her.  I also love to travel, I have been quite lucky recently that I’ve been able to combine travel and work.

So far you’ve brought three creations to Edinburgh; Tatterdmailion, Skrimshanks, Boris & Sergey. How do you find the Bowie-like energy to reinvent your artistic avatar each year?
Henry: I’m fascinated by different theatrical expression and so as we continue to add theatrical styles to our repertoire the company becomes more rounded and robust, I just love to learn and experiment to see what is possible. It’s not always been easy and it takes a toll on the purse sometimes but I wouldn’t have it any other way

What have you got for Edinburgh this year?
Henry: This year we are embarking on our first Flabbergast Theatre immersive show, there will be elements of puppetry, mask and physical theatre but all set within the dingy and delightfully Dickensian (I’m a sucker for vintage) world of The Swell Mob. There will be a bar open throughout and it will be populated by a rotating cast of misfits and rogues. Lots to do for those that want to potter but something more sinister lurking under the surface for those intrigued individuals that wish to delve deeper.

Can you tell us more about Bunraku puppetry?
Henry: Bunraku Puppetry is a style that has its roots in Japanese culture, it is an incredibly beautiful if slightly labour intensive style of puppetry. Three people operate one humanoid puppet with one taking the head and left arm, one the right arm and back, and one the feet. All three puppeteers have to work in harmony and with a deep level of complicity especially when you begin to improvise too. It is an excellent basis for training in other puppetry styles too. Done well the effect is dazzlingly magical and audiences really invest in the life of the puppet. 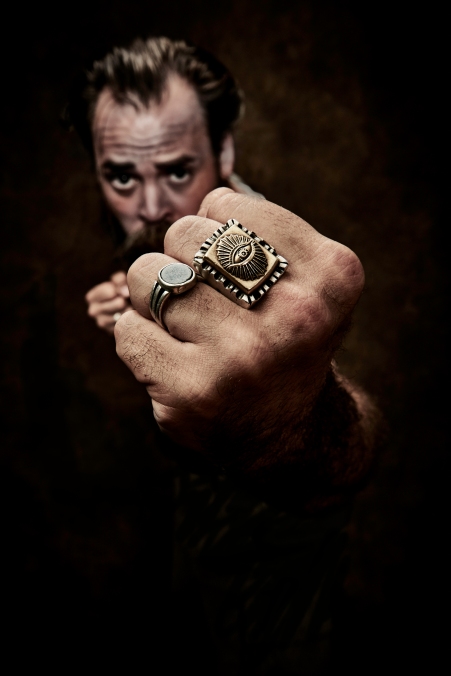 What do you hope an audience member will get from the show?
Henry: I hope people will leave The Swell Mob, excited and enthralled by the world that we have created, my wish is that they will have had an experience truly unique to them alone. Many things will be reserved for one on one experience and as the show is free roaming the experience will be in part down to the individual audience member.

How will you know you have just given a good performance?
Henry: I’m sweating buckets and the audience is smiling

You’ve got 20 seconds to sell the show to somebody in the street, what would you say?
Henry: It’s like a Punch Drunk… only more acting, less dancing, and no masks… less budget but more raw passion I mean actually it’s not very like Punch Drunk but its fucking awesome (you can tell I’m not very good at flyering)

What will Henry Maynard be doing after the Fringe?
Henry: What Henry Maynard WANTS to do is crawl into a hole and hibernate… unfortunately he will be starting rehearsals for a new tour of Dracula… coming to a massive theatre near you Edinburgh!

← Ron The Plumber Meets God-Cilla
An Interview with Lily Bevan →