An Interview with Karen Metcalfe

Hello Karen, so where ya from & where ya at, geographically speaking?
Karen : I’m from St Helens in Merseyside. I lived in Manchester for about 6 years and now live up in Blackpool.

When did you first find yourself getting into the dramatic arts?
Karen : I first got into the arts at a young age through going to dance classes from about age 4. I joined a local youth theatre when I was about 12 and loved being a part of plays and musicals. I studied A level drama and performing arts and went onto study Drama at Loughborough University. As well as studying here, I was part of the Student Stage Society where I got my first opportunity to direct theatre and I realised that this was what I wanted to do – much more than performing.

You are the Artistic Director at Burnley Youth Theatre how did you get the job & how are you finding the responsibility?
Karen : I began working at Burnley Youth Theatre in 2009 as the Youth Arts Worker – this was a predominantly outreach post working with local communities but the fantastic Artistic Director at the time Mandy Precious gave me lots of opportunities to explore roles outside of my job which gave me a vast amount of experience. After a few years I was promoted to Artistic Producer – looking after the artistic programme and then when Mandy left in 2014, I was promoted to the Artistic Director – with overall responsibility for the artistic vision and direction of the organisation. I love the job and every day is different and a new learning experience. As well as the creative work, I have responsibility from bringing in funding from Arts Council, local authority and trusts and foundations and so there is a lot of responsibility to keep the organisation financially stable as well as ensuring that we are doing high quality engagement work with children, young people and families.

Burnley has a tradition of being an extremely talented town… does this spill over into its young actors & actresses?
Karen : Absolutely – at Burnley Youth Theatre we work with about 400 children and young people every week just through our regular youth theatre workshops and productions and the talent is amazing – right from the very young children to the older young people who are part of our Rep Company AKA Byteback Theatre.

Who, are what, is Byteback Theatre?
Karen : Byteback Theatre is the professional level arm of Burnley Youth Theatre. We create work with young people aged 15 – 25. We take a show to the Edinburgh Fringe Festival every year and in the past we have toured productions to local schools and community settings. In this iteration, Byteback Theatre is made up of our Rep Company (for young people aged 15-18) – they audition in the September and work for nearly a year together to create a piece for the Edinburgh Fringe. They devise and write the show with an adult creative team and fundraising all the money themselves to get us to the Fringe (this year the target was £6000).

What does Karen Metcalfe like to do when she’s not being theatrical?
Karen : I love to travel and have an obsession with going on holiday – in the last 12 months I’ve been to Italy, New York, New Orleans, Hong Kong, Japan and Magaluf! I’m even jetting straight off to Istanbul for a wedding straight from our last show at the Fringe. 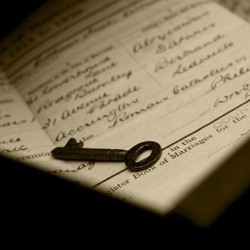 Byteback will be bringing Dead People Don’t Have Secrets to the Fringe this August, can you tell us about the play?
Karen : Dead People Don’t Have Secrets follows the lives of four young people as they go into adulthood carrying a dark secret. Rumours, dares, and lies get out of hand and friendships turn sour. The lives of people around them are affected, and they must work through their guilt and shame to find justice, peace, or truth once their secrets come to a head. The show explores death, consequences, and lies through physical theatre, spoken word and new writing. The show was originally inspired by the title of a Death, Sex and Money podcast of the same name and we were fascinated about the secrets that people carry with them through their lives that may only come to light once they are dead.

This is quite a step away from you traditional quirky & playful style… what inspired the transition?
Karen : We have a really mature group this time (all aged 17) and they wanted to get their teeth into something a bit more gritty than their usual quirky styles of storytelling. I also haven’t directed a Byteback piece for a few years and so I have brought my love for the darker and grittier side of theatre into the mix and have pushed them to try something different.

This is not the first time you have directed at the Fringe? How would you describe the experience of directing in Edinburgh in August?
Karen : I absolutely love directing at the Fringe. This is my second time as a director but I have produced our shows up there for the last 6 years and there’s no other week of the year like it for me. I also go up to the Fringe as a programmer so I spend half my time watching shows that we might programme our at venue which is a 158 studio theatre. I would describe being in Edinburgh in August as amazing, inspiring and exhausting!

What does the rest of 2017 hold in store for Karen Metcalfe?
Karen : Well to echo what I said about my love for holidays – I’ve got 3 holidays in the next 2 months – Istanbul, Italy and Marrakesh but in between that, I’ll be settling down to my desk to tackle some big funding bids and start preparing Business Plans for our next round of Arts Council National Portfolio Funding for 2018 – 2022. I’m going to have a short rest from directing but hoping to get back to it next year with a piece about Child Sexual Exploitation and a piece about Extremism.

Posted on August 2, 2017, in Uncategorized. Bookmark the permalink. 1 Comment.