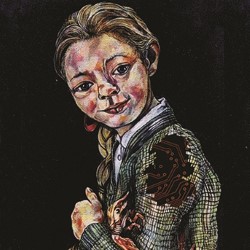 Mr Twonkey gave a performance not unlike Gene Wilder’s portrayal in the iconic Charlie and the Chocolate Factory of a man society deems freakish or out of place. Out of place is perhaps a good way to describe how I felt in an audience of a mere few. A two -sided sword came to life to be mocked and sent into the distaste that lay behind the story of this play. One side filling us with friendly airs of talk and compassion but, entwined in the dialogues and music scenes, there was an abhorrent side. Everything had undertones that subtly, yet abrasively, provided a stark use of playwriting.

It was almost all about things that are wrong about life and what happens to you inside it. If intended, the detailed writing demonstrated that we were dealing with an astute man who can work a stage covering a great many things in just one hour. The play pulled us in so it could deal a hand that we could not escape from. I found myself taking the role of a psychologist as I watched the play unfold, making notes and prescribing possible remedies for what was a deeply sensitive subject. Somehow even the jokes flowed well despite the sensitive subjects. 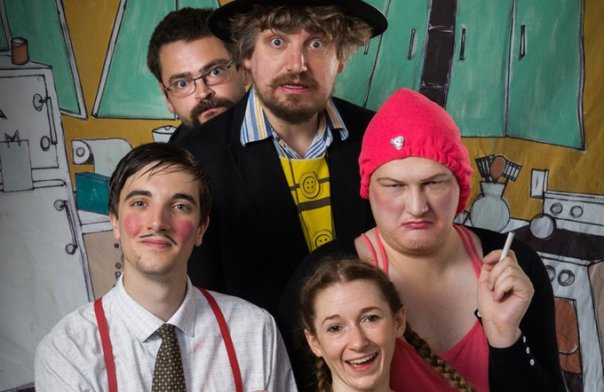 Mr Twonkey stole the show as a man of mystery, his presence on stage and his vocal deliveries were commanding and endearing as he spouted words into worlds that somehow made sense while at the same time, being weird and baffling. Jennifer’s mum was a character who seemed hopelessly self-involved showing her distaste that juxtaposed the play. Each character helped the play evolve in this way making such a powerful impact that takes time to digest. But that is as should be, considering the blatantly serious side of the play.

Even Twonkey’s eyes played a role in his down-to-earth demeanour and close attention to detail. The costumes were ironic given the craft that had gone into the evening adding to an appreciation of the profound understanding it takes to write like this. The play deals with big, and hard to swallow ways of looking at entertainment, prejudice against mental illness, the general boredom of life as it is dealt with by real human beings in an effort to find out what we need of life, in a basic, intricate and yet, in a strange way, charmingly. Love is prevalent but so is distaste, disharmony and, to be honest, the use of worst case scenarios when we tend to try a little better and set aside our judgements to see the human being behind the imbalance and general illusion that the Jennifer portrayed. There was a child-like innocence about her, perfectly placed, but this is no play for children or even for some adults.

Posted on August 24, 2016, in Uncategorized. Bookmark the permalink. Leave a comment.