← An Interview with Birdlife Productions
What the Animals Say →

An Interview with Jared Harford 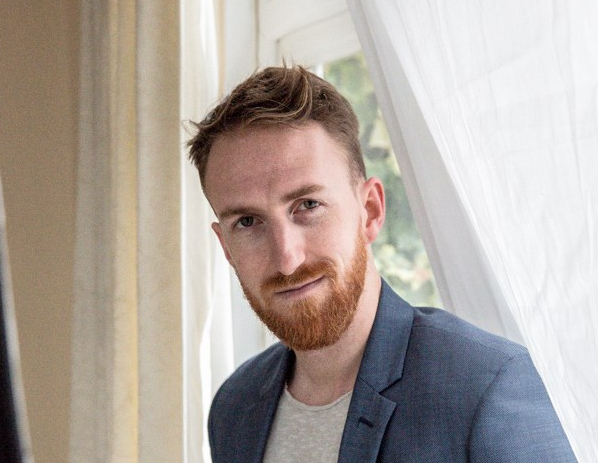 Imagination Workshop offer an Edinburgh Fringe experience all unto itself. The Mumble caught up with its director-curator…

Hello Jared, first things first, where are you from & where are you at, geographically speaking?
This is always a question and a half! So, originally I’m from New Zealand, then moved to Australia, then moved to the UK, then back to Australia with a stop in Thailand, and nomadic living in Australia for three months. I’m currently in Melbourne and setting up a home base.  However, I’m currently in Canada before returning to the UK for the run-up to Fringe.

When did you first develop a passion for performance art?
I would say from birth! I was very lucky growing up to have free instrumental music education through school in Australia – something that isn’t offered all around the country and is under threat from a lack of cultural policies by conservative governments in Aus. My mum is an actress, and my dad used to work behind the scenes in the local theatre in NZ as well as work in a props hire shop. I was also lucky to go to a high school whose main focus was on performing arts, so I got to experience a lot of drama and music that most people don’t get to at that age. 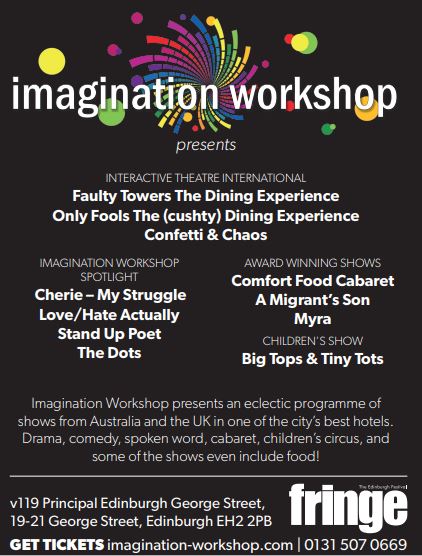 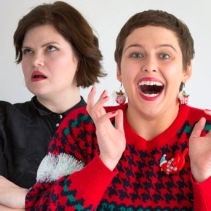 Can you tell us about your training?
I studied at the Queensland Conservatorium and received a Bachelor of Music in Performance with a Major on Classical Clarinet. I was lucky in my final year of study to change to an amazing musician and beautiful human being who really pushed me hard and brought back my passion for performing after wanting to quit my degree. I owe so much to her for really strengthening my focus on what I wanted to do and making me learn the flute! (I play clarinet, sax, and flute.) I also owe a lot to a close friend of mine for pushing me to be a better jazz and musical theatre musician – though that’s all training on the job!

You’ve got three famous performers from history coming round for dinner. Who would they be & what would you cook; starters, mains & dessert?
Amy Winehouse, Charlie Parker, Gian Marco Schiaretti. But if I was allowed anyone, it would be The Queen, Louis XVI, and Catherine The Great. As for cooking – I am not the best but I think something like: smoked duck with a sweet sauce; a pasta dish; and coconut panna cotta. Though I imagine at least two of my performers wouldn’t do much eating at all! 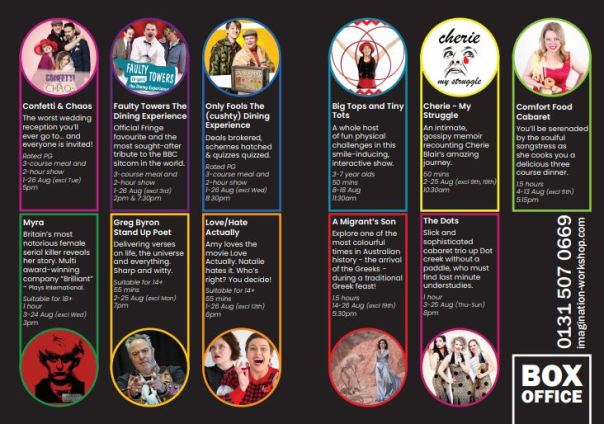 Can you tell us about Interactive Theatre International?
It’s a relatively small company that competes on the same level as large theatre companies. We started in 1997 with Faulty Towers The Dining Experience and now tour that show to 40 countries. It’s a true smash hit, and it’s about to sell its millionth ticket – might have done so by the time this is published! We have four other shows also touring currently, and they’re all immersive and interactive comedies too. And we have actors and admin staff based in Australia and the UK – there are 90 of us now! 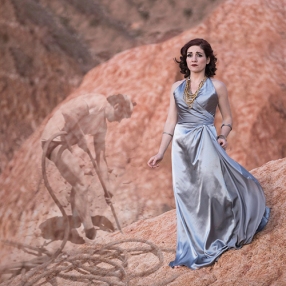 It’s like one big happy family – can you tell us about the personal ties?
The company was founded by Alison Pollard-Mansergh, who is my mum, and her husband Peter Mansergh. I started working for the company two years ago in the UK, my sister currently works part-time doing design, and my brother works part-time doing tech. Because my little brother and sister were so young when Faulty made its success in the UK and Europe, they have travelled around the world and the majority of the staff in the company and actors know them! So for them, it’s just family and extended family!

The company goes from strength to strength, what is its secret?
Drive, determination, and Ali. Honestly, the company’s key to success is Ali – she has a way of creating and developing shows that entices people from all around the world to come to see us. And people even try (unsuccessfully) to copy us! But you know what they say, Imitation is the sincerest form of flattery… 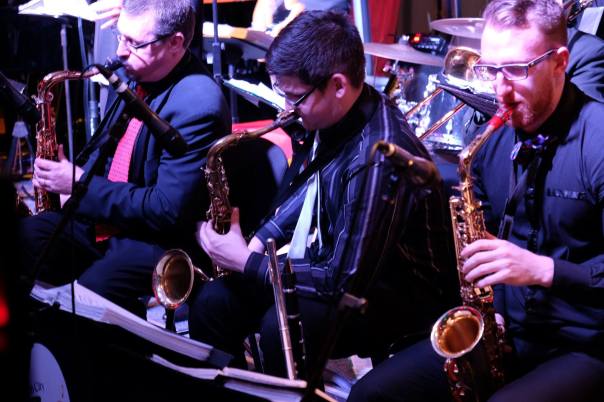 Jared having a jam (right) 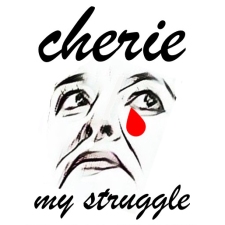 You’re bringing quite a few shows to this year’s Edinburgh Fringe, what do you think of the festival?
Edinburgh Fringe is The Thing that made us A Thing. We love it, and I personally love it – as exhausting and full on as it is!

How is your working relationship with the venue?
Amazing. We love the level of support and enthusiasm the team at the hotel have for us and what we do – especially the General Manager, Andreas. The thing about us is we don’t fluff around with each other. We cut to the chase and are open and honest. In business it’s a rare thing, so it builds a strong relationship and support from the get go. Being a decent human being is important, I say! 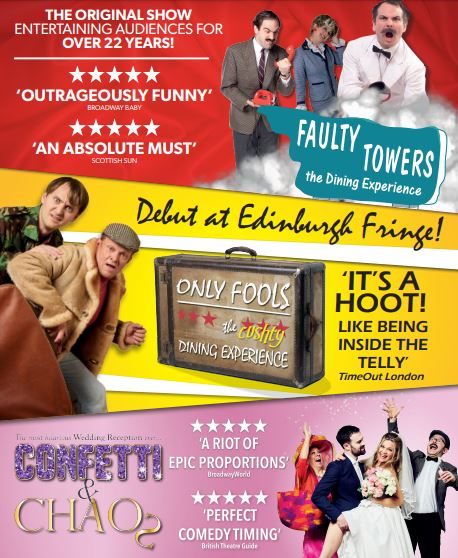 You’re bringing your classic shows like Faulty Towers and Confetti & Chaos (formerly The Wedding Reception) – the Fringe would not be the same without them, by the way – but what new stuff have you got for this year?
Yes, I think Faulty Towers The Dining Experience is the Official Fringe Favourite – people look out for us year on year, and keep coming back to us! This year ITI is bringing up three other shows too: Only Fools The (cushty) Dining Experience makes its Fringe debut, Pamela’s Palace is over at The Assembly, and The Wedding Reception returns as Confetti & Chaos – a name that really does fit the show! We also have eight other shows coming to our venue this year! Four Aussie acts and four from the UK. Two of those are dining shows, so we have five shows with food in the venue (the others are A Migrant’s Son and Comfort Food Cabaret). And everything is interactive or immersive!

Which are the kid-friendly shows?
All our shows are kid friendly, whether PG or G. And we have fun interactive kids circus called Big Tops and Tiny Tots, which is from Australia: Luth is an amazing performer and really has a way to get kids and parents having a great time

What will you be doing personally after the Fringe?
Sleeping. Lots of sleeping. But hopefully I’ll get a holiday somewhere on the way back to Aus! 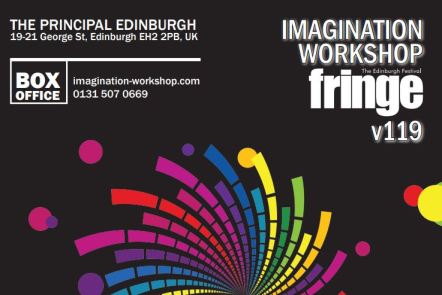 ← An Interview with Birdlife Productions
What the Animals Say →