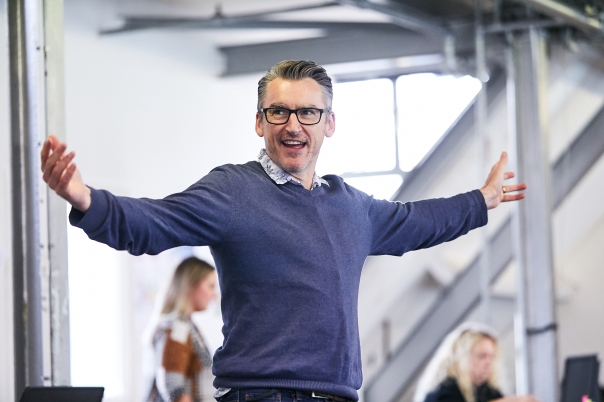 On Thursday evening last week, James Brining, artistic director, Robin Hawke, Executive Director, Amy Leach, Associate Director and whole array of writers, directors and performers presented the autumn and winter season announcement for Leeds Playhouse, running through their upcoming attractions. This year, however, the announcement was coupled with something even more exciting.

Last year, James Brining, announced an extensive £15.8 million redevelopment programme to what was formerly West Yorkshire Playhouse. Alongside this, he announced a name change to Leeds Playhouse alongside. This is a dishearteningly separationist world that we currently find ourselves in, a world of Donald Tump’s oft-threatened country dividing wall, a world of that business around leaving the EU. Against this backdrop, this name change could be interpreted as something of an isolating move, of a theatre extricating itself from the rest of West Yorkshire and becoming solely a theatre for Leeds. However, from the content of Thursday’s showcase, it is quite clear that is not the case. Not only is the theatre firmly rooting itself in all things Yorkshire, providing a voice to established and upcoming voices, as well as reaching out to the rest of the UK and the world beyond. The Leeds in its name is more of a doubling down on its identity, a reaffirming of itself as an important part of the city of Leeds, imbuing its new walls with the character of the city around itself.

West Yorkshire Playhouse closed its doors on June 23rd 2018, and since that date has held performances in a converted set workshop, dubbed the Pop Up Theatre. This performance space has seen many superb performances. Over the past 9 months there have been performances of 14 shows and over 50, 000 audience members have attended these performances. There was an air of regret at having to leave this temporary performance space behind – its longer stage and more intimate feel has offered new ways perform and the team have clearly felt at home within its walls. However, this sadness is now tempered with the anticipation of what is to come. What was originally intended to be a quiet year for Leeds Playhouse whilst development works took place, has become one of great creativity and activity. 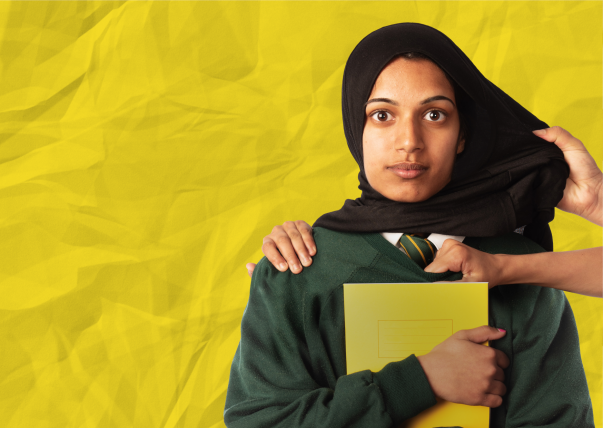 The revamped Leeds Playhouse will offer two rejuvenated performance spaces in the Quarry and Courtyard theatres as well as one exciting new performance space – the Bramall Rock Void: a performance space that has been created below the theatre’s old box office, developed in the ground of Leeds’ Quarry Hill itself. The old theatre, while of great significance to Leeds’ cultural backdrop, did not command much awe as a building. However this new building will be much grander in both height and scale, offering a greater connection to the city itself with new entrances opposite Leeds Bus Station and a short distance from the heart of Leeds city centre. The expanded building will offer new routes through its spaces and new ways for the public to engage within – with bars and cafes sitting alongside the Quarry, Courtyard and Rock Void. The team’s excitement was palpable, and they were very much looking forward to waiting in the theatre’s entrances and witnessing the public’s reactions on their opening weekend. 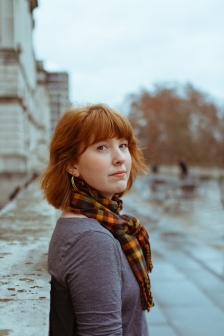 A challenge that the team faced as work continued deep down into Quarry Hill, was the surprise discovery of bodies buried beneath the theatre. Historically, there have been three churches situated on Quarry Hill – from the Old Boggart House Methodist Chapel, to St Mary’s Church. It is likely that these churches had burial grounds on site, hence the discovery. With a wry smile, it was noted that many established theatres have their own ghosts that lend them a mystery and charm, so with any luck their very modern building may inherit its own ghost. What better a symbol of a strong link to the area and to local history than a ghost, with echoes of the past overlaid on the present?

Another fantastic symbol of the link to place and past is the new performance space, the Bramall Rock Void. This is named after the Liz and Terry Bramall Foundation, who have supported the Playhouse over the years and have donated significant amounts of money to facilitate this new development. This underground theatre features exposed red brick walls that echo the sarchitecture of Leeds, filling it with local spirit and character. It also has exposed rock in the floor to connect it with the very foundations of the city. From 11th – October to 2nd of November, the Bramall Rock Void will feature its inaugural performance – There are No Beginnings by local writer Charley Miles, who has found her home at the Playhouse. Set at the time of the Yorkshire Ripper murders from the discovery of the first body to the eventual arrest of Peter Sutcliffe, the play follows the lives of four individual women as they deal with curfews and a time that gave birth to the Reclaim the Night movement. Charley Miles firmly insists that this is most certainly not a story about the Yorkshire Ripper, but one about female resilience; it is a positive affirmation of a dark time. The Rock Void is a flexible space that allows for many different seating arrangements and this play will be performed in traverse, with the audience seated at either side of the performers, in an intimate and atmospheric production. Miles is thrilled about having her work performed here and describes the Bramall Rock Void as “an unearthed heartbeat that was hidden under our theatre all along”.

As building work continues on Leeds Playhouse, so does work on Leeds City College’s new Quarry Hill Campus next door. This new neighbour has provided fresh opportunities and a new production signals the burgeoning connections between the playhouse and Leeds City College. Leeds Playhouse’s Youth Theatre will be performing Influence, a new play by Andy McGregor at Leeds City College’s new campus from 31stOctober to 2nd November. Directed by Gemma Woffinden and taking inspiration from modern TV shows such as Stranger Things, Influence presents a lively comedic adventure full of explosive action as a group of teenagers embark on a search for a missing local boy. This new partnership is one of many that extends and deepens the Playhouse’s connections to the wider communities across Leeds and Yorkshire as a whole. The team remain dedicated to supporting developing talent in the area, and then showing this off across the county.

One such production is Trojan Horse (3rd – 5th October) by Helen Monks and Matt Woodhead, a multi award winning play award winning play that will begin a national tour at Leeds Playhouse’s Courtyard theatre in advance of the full opening festivities. Originally developed through the playhouse’s Furnace programme, the play won the Scotsman Fringe First award in 2018. It deals with the allegations of Muslim teachers plotting extremism in Birmingham schools and is built around real life testimonies of people from Bradford, Birmingham and London. Many theatres and institutions were reluctant to get involved with this project and the company themselves were very concerned that the sensitive nature of their work could ruin the reputations of those involved. However, the Playhouse was supportive in this venture and are proud to place this performance at the very beginning of their opening celebrations. 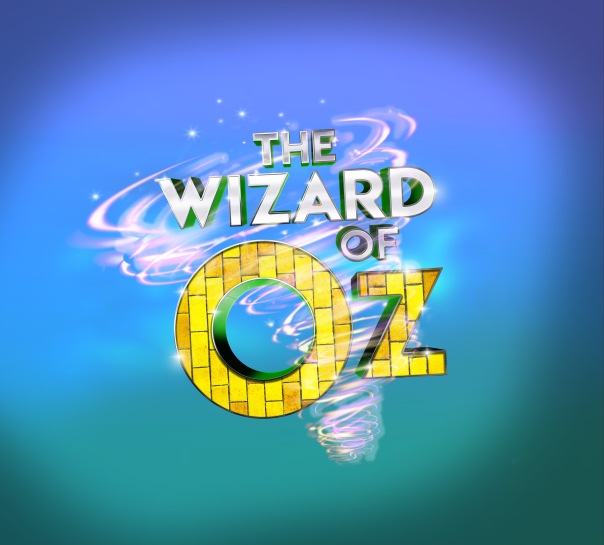 Other planned performances are: Northern Ballet’s Dracula at the Courtyard Theatre (29th October – 2nd November), a performance that is due to be broadcast live to cinemas across the world; A new production of Hanif Kureishi’s My Beautiful Launderette, running for two weeks (15th – 26th October) after the theatre’s opening weekend; Mushy: Lyrically Speaking (8th – 12th October), a true story about Musharaf Asghar from TV’s Educating Yorkshire;Barber Shop Chronicles, returning to Leeds after a sell out world tour. Additionally, there is a whole raft of performances aimed at a younger audience, designed to introduce them to theatre. In the run up to Christmas, they will be staging The Night Before Christmas, a play about language barriers that incorporating sign language into D/deaf friendly performances. This certainly highlights the theatre’s dedication to inclusive performance and its drive to create a fully accessible theatre experience.

Finally, we were treated to a snippet of the play Dinner 18:55, a play that was originally performed in February 2019, in advance of its UK tour. This is an intergenerational production born out the theatre’s Creative Engagement programme and features a cast of young people aged 18 to 21 and adults over 55. The play itself presents a moment in which two generations take time over a meal to converse and tell their stories. We got to hear two of the characters tell their stories: a young man mused on the nature of “success” in the age of social media and how he struggled to measure his own success against high profile success stories. Next, a retired social worker told his own life story and measured his experiences against this young man’s definitions of success, highlighting its truths and lies. Two cast members, Pat & Wisdom, spoke of their involvement in show, of bridging the generational divide and the opportunities presented that slowed them to tell their own personal stories as they improvised and collaborated on the writing of this production. This show, along with all of the others listed above, show exactly how much the Playhouse desires to reach out to the communities that surround it, to showcase local talent and develop their involvement in theatre.

Opening weekend will take place from 11th – 13th October, deliberately timed to coincide with Leeds’ hugely popular Light Night on 11th October. It presents a wonderful chance to explore the theatre’s new performance spaces, restaurants and bars, along with pop up performances in the atrium, tours and theatre workshops. The team have opted for a gradual opening, with each space having its own opening performance rather than one big bang event, and are very much looking forward to meeting their future audiences. 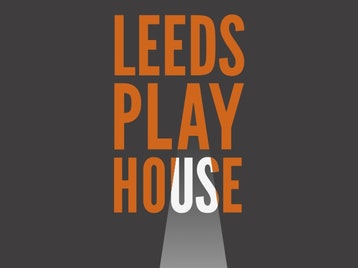 Posted on May 21, 2019, in Uncategorized. Bookmark the permalink. Leave a comment.