← Old Souls
The Girl Who Jumped Off the Hollywood Sign →

La La Land: On The Stage 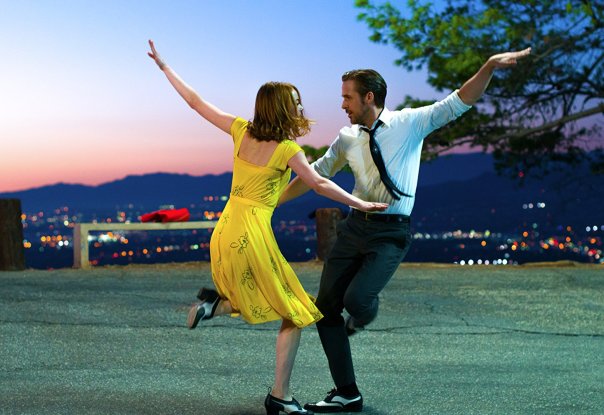 It seems that more and more often, Hollywood is looking to theatre stages for inspiration. Mamma Mia just returned to the screen with its “Here We Go Again” sequel, and did so to the tune of largely positive reviews. And in the next few years there’s talk of adaptations for the likes of Cats, In The Heights, West Side Story, and Wicked – not to mention new reboots of Disney films-turned-Broadway shows like Aladdin and The Lion King.

What we see a little bit less of these days is adaptation going the other way – from screen to stage. That’s not to say it doesn’t happen, but the reverse seems to be more common for the moment. We’re likely to get an exception in the next year or two though, as the original musical movie La La Land appears destined to appear on stages in London, New York, and, if those go well, around the world.

To refresh your memory, La La Land came out late in 2016 and immediately became the darling of Hollywood. Directed by the young and incredibly gifted Damien Chazelle and starring Ryan Gosling and Emma Stone, it chronicled the lives of two young adults in Los Angeles chasing different dreams in the arts. Widely expected to steal the show at the Oscars because of its celebration of Hollywood and the sheer joy it seemed to evoke in audiences, it actually wound up being upset by Moonlight for the Best Picture honor. Even so however it proved that a completely original modern musical could take the cinematic world by storm.

The film’s nearly universal appeal seemed to come from its purest aspect, which is to say the songs. Even an LA Times piece that was harshly critical of the movie’s message about young musicians in 2017 stated that few movies as “dumb” about music as this one are also as alive to its emotional potential. The article’s point was that the film’s message contrasting sellouts with genuine artists was somewhat childish or outdated – but that when the movie boiled down to its original numbers, it shined nonetheless. This sort of critique wasn’t unheard of, but it did represent the minority opinion. Even so however it demonstrated exactly how this show could work on Broadway.

A stage version of La La Land would almost certainly be stripped down a little bit in terms of plot and dialogue, and would emphasize the music that people will remember from the film. It’s even been suggested that new numbers will be added, which should provide some depth for a score that, if it can be criticized for anything, might be a little too repetitive. The formula of highlighting songs above story, and adding more music to the project, actually sounds like a winning concept for the eventual stage musical.

We haven’t heard much in the way of specifics about when this is coming or where it will debut. But a La La Land stage production has more or less been confirmed, and this is a reminder that it’s almost certainly coming in the near future.

Posted on August 8, 2018, in Uncategorized. Bookmark the permalink. Leave a comment.

← Old Souls
The Girl Who Jumped Off the Hollywood Sign →