Oran Mor’s Play, Pie and Pint 500th play year continued with the re-run of another hit production by the popular Stuart Hepburn. Marco Pantani: the Pirate followed the gigantic rise and fall of Italian athlete Marco (Mick Cullen) where he climbed to the very top of cycling which for him was the whole world. With a racing bike hanging at the back of the stage, the scene was set to tell the tale, beginning with conversations with his very supportive family, mother Tonina played by Janet Coulson, who somewhat grimly would always be warning about the serious side of things, and his grandfather Sortero (Tom McGovern) who had complete faith in the remarkable talents of the boy. The bike, it turned out, was unveiled as a present for him, confirming the faith they had in him. 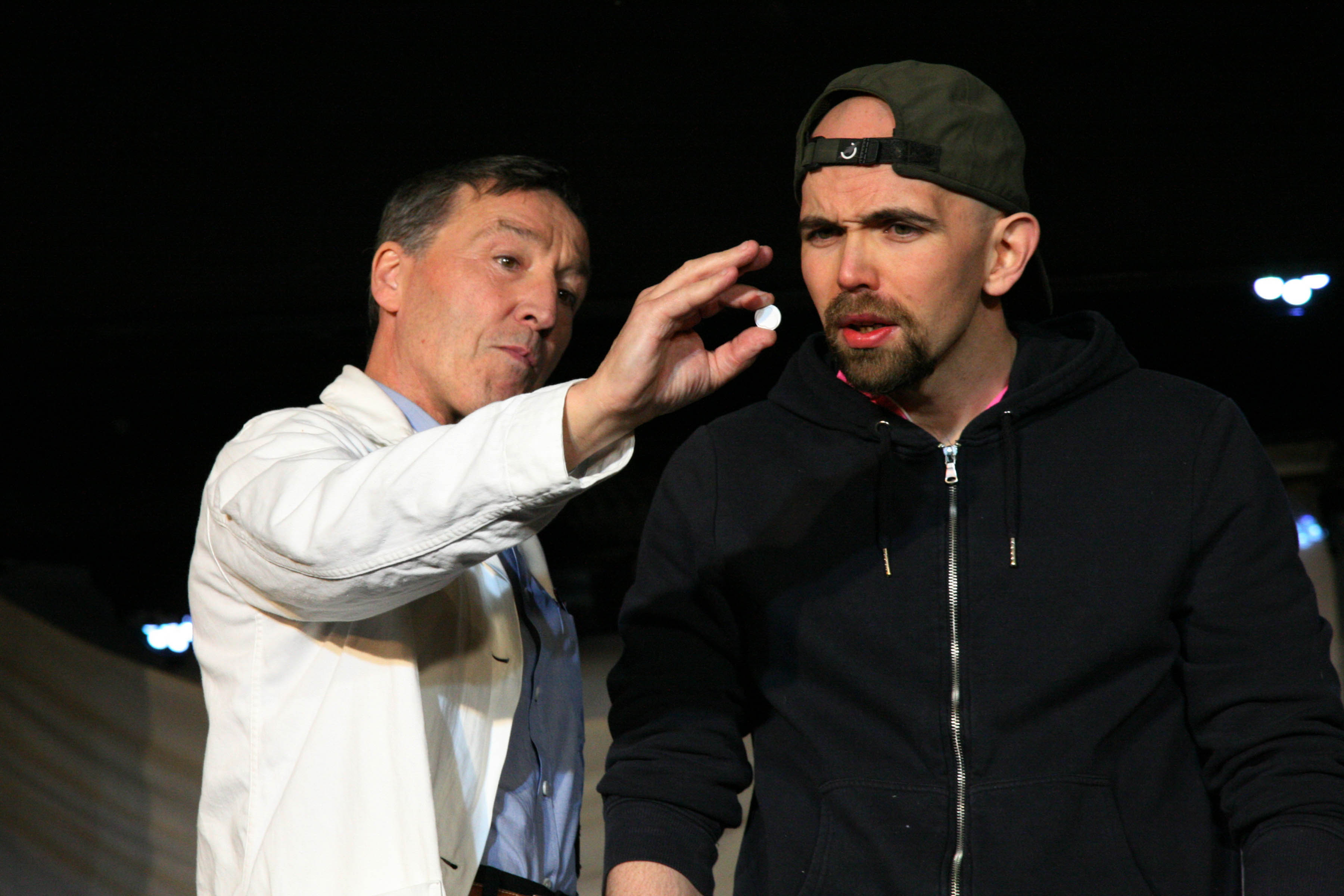 The action jumped between different periods in the life of all three characters, at first focusing on Marco with a bandage on his head having had plastic surgery to fix his ear problem and highlighting how he had always felt different and had been made in a different way to anybody else. But somehow everything faded into the background in the face of his overwhelming dream of making it to the top. You felt that even when his mother was found to be mentally ill and she spoke about her incarceration, he somehow couldn’t quite comprehend anything about it.

The story took us from his first race to when he went on to win the Giro D’Italia and the Tour De France. We watched him mount the bike pretending to cycle hard and fast with a sheer determination that was shocking to doctors and fellow sportsmen alike. He would then go on to celebrate hard with the money that came his way due to these races, taking drugs and hanging around with the kind of people with whom he was better off without, and which led to his downfall.

But to the great excitement of his family, that indomitable spirit led him on to complete many great victories in the cycling world. All his life he had suffered from mental fragility, often casting around in a place of pain and anguish. But to his credit what was inside him flourished for a brief hot while, as he won races on the strength of his hill climbing abilities and triumphantly donned a pirate bandana in recognition of the amazing life that he led; which made his fall from grace all the sadder.

In the end this seemingly simple play was a complex exploration of how a unique man challenged the gods of his sport and achieved his dream, at least for a while, to cycle to the top of the world.

Posted on October 30, 2019, in Scotland. Bookmark the permalink. Leave a comment.