Hard to be Soft: A Belfast Prayer

Let’s face it, the bastion of baffling pretention known as ‘Interpretative Dance’ is at the very pinnacle of the pyramid of thespian charlatanary that are the Edinburgh Festivals. Interpretative Dance tackling the, ahem, laugh-a-minute Norn Irish ‘Troubles’ sounds like a ‘Legitimate Target’ or at least a fleg up for a spot of recreational rioting. However, and I can’t believe I’m writing this (I’m as surprised as you), Oona Doherty’s ‘Hard to be Soft: A Belfast Prayer’ is one of the best fifty minutes I have ever spent in a theatre outside of the bar.

Full disclosure. I’m from Belfast (and Hard as Fuck). I arrived with a mouth full of sarcasm and a hipflask full of whiskey. I left in a daze, genuinely and deeply impressed by what I was sure was going to be a load a ballax. Gobsmacked by a piece of work which at one level is just punters prancing about on a stage but on another is an eloquent understated yet (gulp) powerful physical drama. 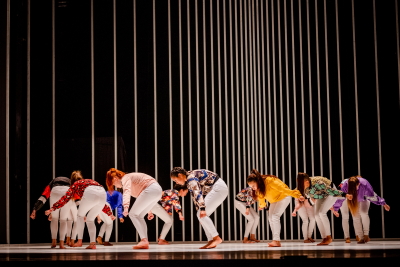 That David Holmes, top-end Soul Techno Gay House DJ producer, soundtracker to Hollywood, proper Belfast Boyo and all round good egg himself provides what is termed the ‘soundscape’ doesn’t hurt. The whine of paranoia and choppers, the unmistakable whirr of the tyres of the armoured cars on the streets, samples of various Spides and Millbags (ask somebody from Belfast), sweeping electronica, the music (soundscape my arse) sets light to some great dancing and a genuinely poetic portrayal of the daftness of the last forty years telescoping from the personal to the political. 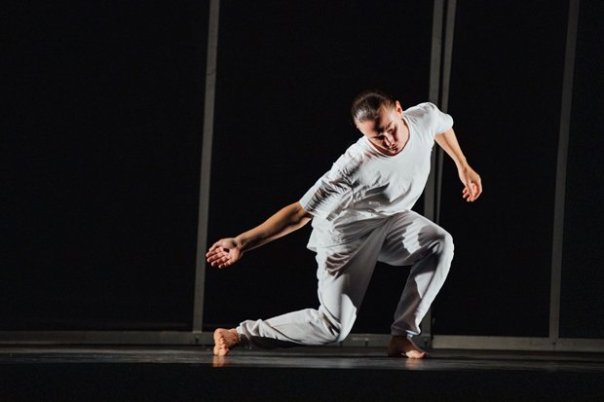 Nobody gets done, nobody sings about Colleens or dogs or some Boyo on a horse that fucked off years ago because he clocked you were a psycho and fifty texts a day at least. No-one glosses over the barbarity. And praise be to St Michael Alec Joey Van Barry and the lord Georgie Himself nobody bores anyone to death about the alleged politics. Amazing. Just one gripe ‘Soundscape? Really Davy…. Soundscape?… aye dead on mate… yer from East Belfast for fucks sake. Have a wee word eh? Plus it was a bit smoky in there, alright? Up The Hoods!