← amendments: A Play On Words
Hard to be Soft: A Belfast Prayer → 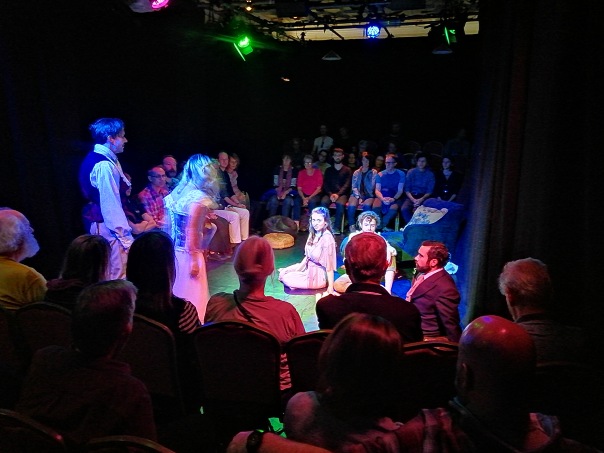 In my role of reviewer, I always like to take the most objective route possible, to preferably not know anything about the play I am set to see. In the case of ‘Genesis: The Mary Shelley Play,’ however, this would be impossible. Half a lifetime ago, in 1998, I found myself busking in Pisa, composing a poem entitled ‘The Death of Shelley. ‘ This was my turf, & whatever the play did, it had better do it bloody well. The story’s core comes from the creative furnace that was the meeting of poetical minds at the Villa Diodati by Lake Geneva in 1816 – as canonized in English literature as the Shakespearean plays. Following the massive 1815 eruption of Mount Tambora in Indonesia, the year of 1816 had no summer, & thus kept inside by the constant rain our poets & their entourage resorted to telling ghost stories. From it came Frankenstein & also the modern version of Dracula – from Byron via Doctor Poliodori, who was also present at the villa & is in the play. This, by the way, got off to a terrible, terrible start. A cluttered, fairly insane rush to get all the characters on stage, chitter-chattering their back-stories so we all knew what was going on. Far better to have them listening to Coleridge’s Christabel or those German horror novellas which were the true seed-spirations for Frankenstein. They were never mentioned at all, a fatal flaw – but we did get to see Clare Claremont’s naked buttocks. 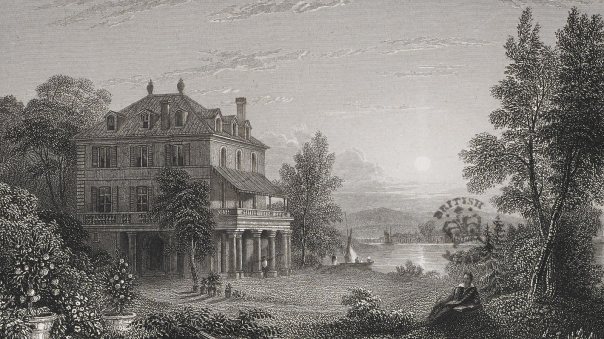 The Villa Diodati – Milton had stayed there with his friend, Charles Diodati, thus it was an obvious choice of residence for Byron & Shelley

Things evolved a little better, I must admit; a series of set-piece scenes which showed our troupe to be fine, fine actors. Where many plays taper into the wind after the start, Genesis actually managed to gather itself together & keep us interested until the end. The Byronic portrait was the best part, I think, & done quite well. The Allegra sub-plot appeared, sprinkling in a little of that scandalous gossip which followed Byron everywhere, while the subtle foreshadowing of Shelley’s Leghorn disaster was a clever touch. But the real damage had been done right at the start, & I found myself lolloping on to the finale in the same way I watch a cartoon film with my kids; out of duty really.

Like I said, the actors were good, pristeen even, but they didn’t look like the avatars they were meant to be playing. The Diodati Summer has become part of our folklore & is recreated very much like the mystery plays of Kerala & Tamil Nadu, where scenes from the Mahabharata are acted out village to village. Imagine the disconcertment of a South Indian audience when they gaze on Vishnu & discover he looks more like Ganesha. There was also very much a lack of any real ‘fear,’ a bit of LSD-hysteria & a couple of Hammer Horror lightning bolts. But of course this play was too busy cramming in far too much biographical detail to worry about entertaining us.

← amendments: A Play On Words
Hard to be Soft: A Belfast Prayer →