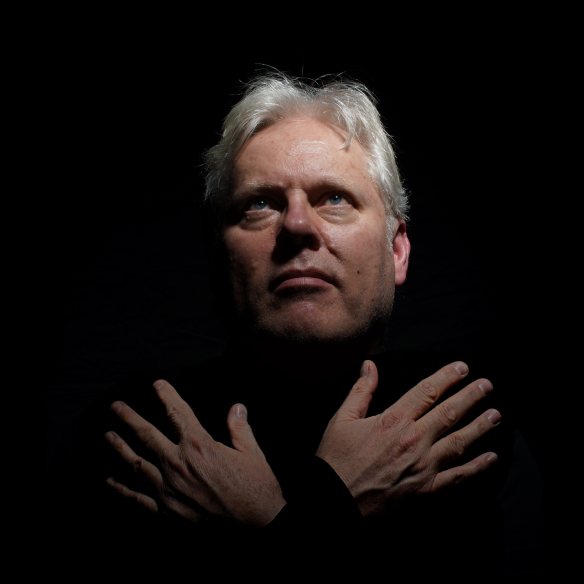 In ten steps, Chain of Trivia takes the audience through a succession of rock ‘n’ roll greats, starting with The King and finishing at Queen. Each artist is smoothly segued into the next through a piece of common trivia. You won’t be hearing about Elvis dying on the toilet though, the facts really are most obscure and are interesting enough to warrant a regular series of interested murmurs from the audience.

As soon as Russell Clarke took to the stage and explained his entrance song, Aretha Franklin’s Chain of Fools, it was clear that we were dealing with a professional. A radio broadcasting background has rendered Clarke a very capable public speaker – it was no struggle for him to pack fifty minutes with rock ‘n’ roll trivia and I would bet he could have done three hours had the venue let him.

We all know who Elvis Presley is and certainly what he became, but I tell his story from when he was a kid, how he accidentally invented rock and roll as we know it and became the biggest star in the world. I hope everyone else will be as amazed as I was when I managed to link Elvis to another internationally famous singer by just an awesome bit of trivia. Russell Clarke
Read the full interview…

Clarke has openly admitted that his musical knowledge ends in the mid-nineties, and you could guess this from the content of Chain of Trivia. The show is described as a journey of facts on some of the most significant rock ‘n’ roll stars of the last sixty years, but really it touches only on fifteen years’ worth of rock ‘n’ roll’s whitest artists from sixty years ago. For me, the show was missing a link to the present day. Although Clarke was championing the rebellious, youthful nature of rock ‘n’ roll, the show could have benefited from a touch of that spark.

You can’t really hold this against him though – this era is clearly his burning passion and he really does a bang-up job of keeping the trivia interesting. His ability to weave the facts together makes it feel as though you’re being read a story and his presentation demands respect. Chain of Trivia is certainly worth a visit for any nostalgic rocker. 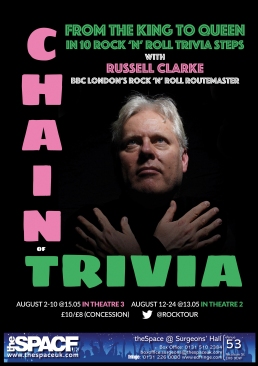