An Interview with Ishy Din 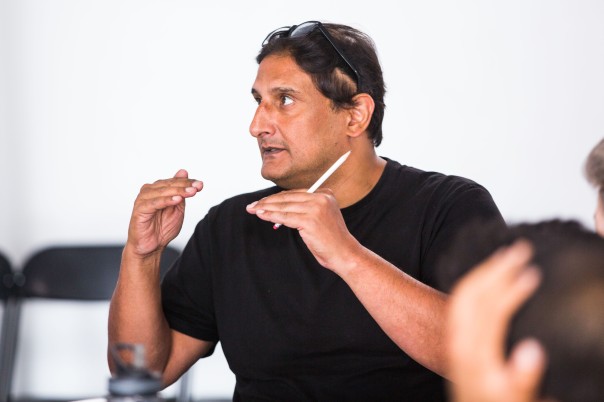 Ishy Din’s new play, Approaching Empty, is blowing into Scotland next week… The Mumble fancied a wee chat about it all! 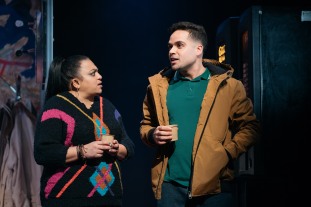 Hello Ishy, so what’s your new play, Approaching Empty, about?
It’s about two lifelong friends and a business deal. Unsurprisingly, things don’t go well for them. It’s an examination of post-industrial northern towns, Asian communities and the male Asian experience. It’s part of a trilogy of plays I’m writing for Tamasha. The first was Snookered, which I wrote a few years ago about young Asian men who were born in this country. It felt like there was more to be explored within that community, so this is the second, which is about middle aged men who came to the UK when they were 12or 13 years old.

How did you come up with the idea?
The themes presented themselves coming out of Snookered; friendship, family, community.  I had the title, Approaching Empty, because when I was trying to keep the wolves from the door I did a bit of cabbing. The operator would ask us, “Where are you?” and, if you were nearly finished, you would say “I’m approaching empty”. I thought it was a great phrase.

How much of this play is fed by your cabbing experience?
I think it gives an authenticity to that world. It all unfolds in this dingy cab office somewhere up north. That, I knew really well. The coffee, the dartboard, the endless TV. Sitting around waiting for a job, Tuesday night, 1 o’clock in the morning in Middlesbrough, feeling the whole place is shut down.

It’s set at the time of Margaret Thatcher’s death. Why was that important?
I can trace a line back to the 1980s from today. When people say the phrase ‘working class’ the image that comes to mind is one of hobnail boots and flatcaps, but since the 1950s the working classes have been really multicultural. People came from all over the world to be part of the working classes. For the Asian community, our raison d’etre were the factories. Margaret Thatcher closed them down. For some people it was the opportunity they needed and they went off and became successful. But for many people, it was a devastating blow.  I think, in some ways, we haven’t recovered from that. We became isolated within our own communities. Over the years that’s grown because, especially up north, it feels like we’ve been left behind. You think “What about us?”

Do you think enough is done to bring working class and Asian communities into the theatre?
I think there’s a great will now to open up the types of stories being told and the different voices being heard. But I think we need to demystify theatre. If people don’t come to a theatre, it’s theatre’s obligation to go to the people. We need to get out more into social clubs, into community centres, into churches, and say “We tell stories, come and tell us yours” and within that we will find incredible writers and directors. The arts is a £70 billion industry. It’s Britain’s second biggest export. Why aren’t we saying “There are jobs here for you guys.” We’ve taken away one industry, why aren’t we encouraging another industry to pick up the slack. If you’re involved in creativity, it’s good for your confidence, good for your anxiety; it can lead to careers and all sorts of things. I think there’s a fear: “What happens in there? Will I fit? Am I allowed?” These sort of questions that people would ask before going to the theatre. If we can demystify it, people will be much more confident to come in. 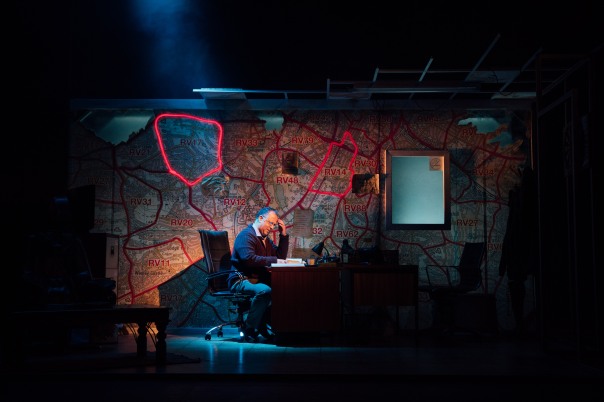 How important is it, then, to tour Approaching Empty around the UK and in the north in particular?
I think it’s really important, but touring on its own is not enough. We need to get the marketing right as well. People aren’t going to pick up brochures to see what’s on at the theatre if they have no inclination to go to the theatre. So we have to change how we market it – where do we go, who do we tell, how do we encourage them to come along and say “You’ll enjoy this, this will be something that you recognise.”

In a world where you can get entertainment ‘on demand’, what makes theatre special?
It’s amazing. You sit there together and you see this thing unfolding in front of you. There’s something beautiful about all those characters going through their journey’s right there in front of you. It’s different every night; it has a different energy. It’s a shared experience, so we laugh together, we gasp together and we leave together talking about what we just experienced.  Over the years Tamasha has done so much to encourage people to get involved with theatre. They’ve created work from East is East right up to Approaching Empty, and everything in between. It’s a truly great company.

Posted on February 28, 2019, in Scotland. Bookmark the permalink. Leave a comment.