← A Respectable Widow Takes to Vulgarity
The Dark Carnival →

An Interview with Stacey Leilua 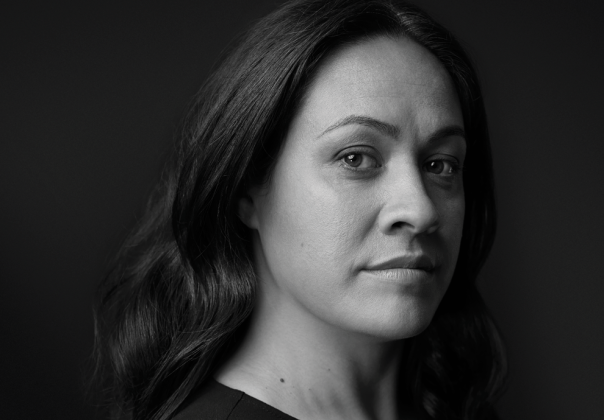 After a wee sabbatical into the lands of motherhood, Stacey Leilua is back doing what she loves – acting in quality productions…

Hello Stacey, first things first, can you tell me what you got for Christmas?
Nothing 😂

Unlucky – so where are you from & where are you at, geographically speaking?
I was born and raised in Auckland, NZ – and that’s also where I am now

When did you first develop a passion for theatre?
Fifteen years old, taking drama as a subject in high school.

I hear you’ve recently had a wee baby girl – congratulations. How are you finding juggling early motherhood with your return to the stage?
Oh, she’s nearly 4 so we’ve moved out of the early motherhood stage…but it’s definitely still a juggle, finding the energy reserves to fulfill the role in Wild Dogs as well as be a Mum. There’s no down time.

Having appeared in short films such as To’ona’i (2010), and Tatau (2012), what for you is the chief difference between celuloid & the stage?
The only difference for me is in technique. But your first job as an actor is to serve the story.. that doesn’t change. 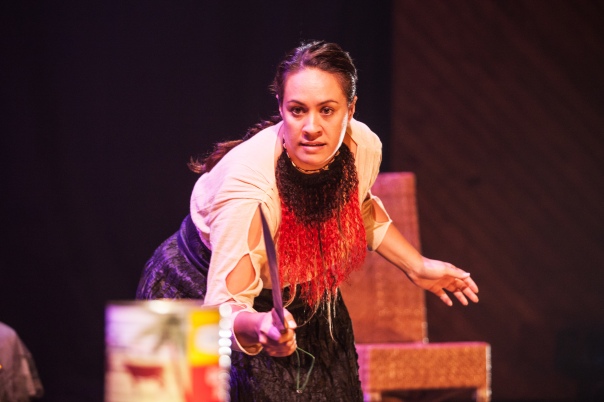 You are acting in a play at this year’s Auckland Festival with Wild Dogs Under My Skirt. How did you get involved in the project?
Anapela brought me on board in 2016 for the first season in its new form featuring 6 women.

Has Tusiata Avia been involved at all with your dramatization of her work?
She has been to some rehearsals, and seen performances. She’s very precise about her words and how they’re delivered, so she passes notes through Anapela if they come up. We often will skype her before an opening night, and always feel her presence through the text.

Do you & the ladies socialise out with rehearsals?
I can’t speak for the ladies but between working on the show, and Mum life. I don’t have any energy for socialising!

You’ve got 20 seconds to sell the show to somebody in the streets of Aukland, what would you say?
Wild Dogs under my Skirt encompasses the Pasefika female experience – in its many forms. It is heart wrenching and confronting, but also beautifully sensual and funny. Come and watch it!!

What will you be doing after the Auckland Festival?
Catching up on sleep!!

Wild Dogs Under My Skirt

Posted on February 21, 2019, in New Zealand. Bookmark the permalink. Leave a comment.

← A Respectable Widow Takes to Vulgarity
The Dark Carnival →