Upstairs at the Pleasance Courtyard really is quite the scene, filled with right angled seats, ranged around a stage of the same shape. It invited you to sit down and as I did so I felt full of pleasurable anticipation, which was confirmed when the five performers took to the stage. The start was even more thrilling than I was expecting and I settled down and prepared to be immersed in the action for an enjoyable hour. The Incognito Theatre Company have a fantastic track record at the Fringe going back to 2014 and including an adaptation of ‘A Government Inspector’, Nikolai Gogol’s satire, and a sell-out adaptation of Oscar Wilde’s Dorian Gray. They now follow up another successful production of ‘All Quiet on the Western Front’ with this play which could be thought of as a kind of sequel as we follow the exploits of this group of young people who are struggling to make their way in the world after the destruction of the great War. 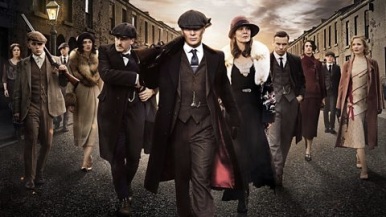 After the mesmerising, thundering opening scene which grabbed us right from the start, we were drawn straight away into the plot. There was talk of getting out and rising up and as many twists and turns and ordered frenzy as will keep you on the edge of your seat for the entire hour of the play. It was like watching TV’s Peaky Blinders brought to life before your eyes. The rivalry between the two 1920’s London gangs was brilliantly done – the shared poverty and frustration and risk involved in being part of the criminal underworld. One very compelling scene was when the characters spent time in a jail cell after being set up by a rival – 2-girl – gang. All was shown to us in a form of physical spectacle – so much to take in from each performance, so much sheer talent on display, perfectly blended with set and props and lighting.

After All Quiet on the Western Front we were chatting about potential future projects and there was a unanimous wish to explore steering away from adaptation. A couple of the boys mentioned their interest in looking further into London’s criminal past and figures like the Krays twins. Then, of course, we were all watching Peaky Blinders and that inter-war period became quite alluring
Read the full interview

They take to Boxing; they are all gangs from the streets of the 20’s, wearing garb to suit this time period; cap, waistcoat and blouse, all in mid tones. This created an aesthetic unity, which created a distinctive tone to add to the dialogue and the action. There was a lot of sense in the play; many quandaries solved through use of logic and leadership – you felt that through this the gang were bound to succeed in their climb to top, as indeed they did. In fact they gained such success that you almost felt it was a fairy tale for a while, despite the subject being so gritty and down to earth. The hour was full-on, quick fire story telling rather than long reflections on, or critique of, the human condition. Nonetheless, it was all there because at the end of the day, this was a play about real human beings with real human emotions and ambitions, and all the more fascinating for being set in London’s gangland in the 1920’s. It could be escapism, or something more insightful. Director Roberta Zuric offers us an earnest, provocative, thought provoking piece of theatre, with marvelous ensemble playing. Escapism or something more insightful – it’s up to you, and definitely worth a watch.