An Interview with Emma Hall

Emma Hall had a break up, but being the superb dramaturge that she is, great art has happened! The Mumble were intrigued to find out what…

Hello Emma, so where ya from & where ya at, geographically speaking?
Emma: Born in New Zealand, grew up in Adelaide, but also in Canberra, Melbourne, London…. I’m typing this in Melbourne, but all my stuff is in storage and in a week I’ll be in Europe. I’ve been travelling for the last 8 months so tbh I’m living most of my life online right now!

When did you first develop a passion for theatre?
Emma: I have a love-hate relationship with theatre. So much of it is expensive and boring. When I was little I wanted to be film star, like most actors. But once when I was fully grown up I saw a Forced Entertainment show called Spectacular, with a man in a skeleton suit telling jokes onstage that weren’t funny, and a woman dying horrible fake deaths over and over in the background behind him. It was so weird and moving and unlike anything I’d ever seen or thought. Theatre gives us a way to explore life in silence and darkness, together. I’m now addicted.

Can you tell us about your training?
Emma: My actor training was at the Victorian College of the Arts, in Melbourne. Before that, I worked as a public servant for various departments and Prime Ministers for over ten years. Everything I know about comedy I learned in Government.

What for you makes a good piece of theatre?
Emma: I like it when the artists are tackling a problem they don’t have the answer to. Theatre is about human truth, and human truth is always messy. So I think it’s perfectly honest to be confused. I enjoy being able to piece together my own answers. I hate being lectured at.

What does Emma Hall like to do when she’s not being, well, dramatic?
Emma: I’ve just started an online fitness program called Vshred with Vince, and every morning I meet him on youtube and we do 20 minute fitness circuits together. Vince is very hilarious, he literally doesn’t seem to care about anything but fitness, carb cycling and diet supplements. Such a nice change from talking about myself onstage.

You’re washed up on a desert island with an all-in-one solar powered DVD/TV combo & three box set TV shows, what would they be?
Emma: Something boring and long that I’d never normally bother with. The Rise and Fall of the Roman Empire? 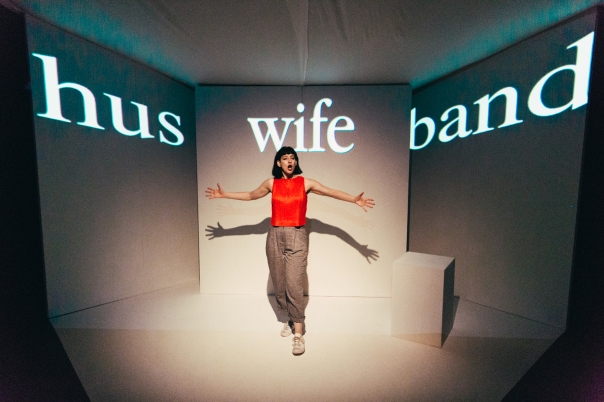 You are bringing ODE TO MAN To this year’s Brisbane festival, can you tell us about it?
Emma: I call Ode to Man my farewell to men in 15 chapters. It’s a mix of stand up comedy, storytelling, and poetry about contemporary Australian masculinity, told through the eyes of a straight woman who keeps falling in love with them. It was really important to me that the show was funny, because a lot of the material I cover is really personal for people. I wrote it after a bad breakup, when I was well and truly fed up with the bullshit that Australian Men grow up with, in terms of what they think society wants from them. These pressures play out in lots of unhelpful ways in people’s private lives, and impacts what men and women look for in a romantic partner. So I interviewed and surveyed almost 100 men in my life about what masculinity meant to them, and I’ve used this as the basis of the show, mixed in with a handful of life-changing personal experiences. What struck me from talking to so many men was that they didn’t want to talk about this stuff AT ALL. Often I’d get a cliché answer like ‘masculinity is about being big and strong’, or I’d get a joke (one guy answered ‘bacon’ to every question). But I also surveyed women about femininity at the same time, and the response was very different. Women grow up acutely aware of the limitations the world places on them because of their gender, so we’re far more able to talk about what being a woman is and can be. It annoyed me that men didn’t feel able to engage in this same conversation. Ode to Man was written before #metoo, the New Yorker take down of Harvey Weinstein, and Hannah Gasdsby’s Nanette. Right now, we are seeing some remarkable shifts in the public conversation about masculinity and gender politics. So I can’t wait to find out how Ode to Man will be viewed in that context.

How is director Prue Clark handling things?
Emma: Haha Prue is doing just fine! We’ve already performed Ode to Man in two cities so she’s leaving me to it this time around. Prue is currently working on Contest by Emilie Collyer, which is a show about netball. She once told me that Ode to Man was the least stressful show she’d ever worked on. You’re welcome.

Can you tell us about your stagecraft; the music, lights, sound & stage design – it seems quite sophisticated?
Emma: I worked with a dream team. Prue and I worked with an hilarious animator and video artist, Lindsay Cox, and brilliant sound artist/punk musician, Chris Wenn (from Primitive Calculators), who both developed original material for the show. There are so many dreams and fictions when it comes to ideas around gender and romance, and I wanted the visuals to help convey that. It’s fairly kooky. The set is designed is by a talented West Australian painter Ruby Smedley, who built a cosy canvas for Lindsay’s projections. 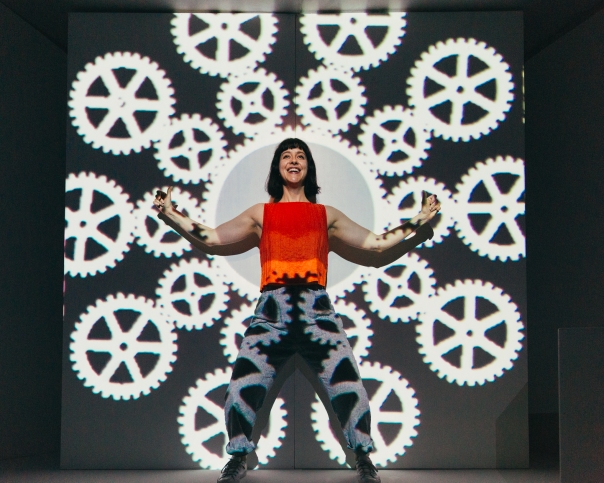 After all that research, what are the three things that matter most to Men (in any order)?
Emma: I wish I knew, my friend. But I suspect that Men, like most Humans, want love, money, and power. And by power, I mean freedom to make their own choices in life. Which is a lot like women, really.

Has your ex seen the show?
Emma: Sadly no, but he’d be very welcome. I reckon he’d love it.

How will you know & feel when you have just given a good performance?
Emma: Ah, such a good question. I like to think I’m getting better at knowing when it’s been a good show, but I’m still fairly useless at it. In comedy, it’s really clear: people either laugh or they don’t. It’s such a magic feeling when everyone in the room is in tune with you. But in theatre, it’s not always a bad sign if an audience goes quiet. So these days if people don’t run as soon as the lights go up, I try to take it as a good sign.

You’ve got 20 seconds to sell the show to somebody in a Brisbane street….?
Emma: HORSES. WE HAVE HORSES.

What will you be doing after Brisbane?
Emma: In October I’m performing We May Have to Choose, in Lima, Peru. After that I’ll head into final rehearsals for my third show, World Problems, with Director Olivia Monticciolo. World Problems will premiere in Melbourne in early 2019. It’s a hectic/excellent time. 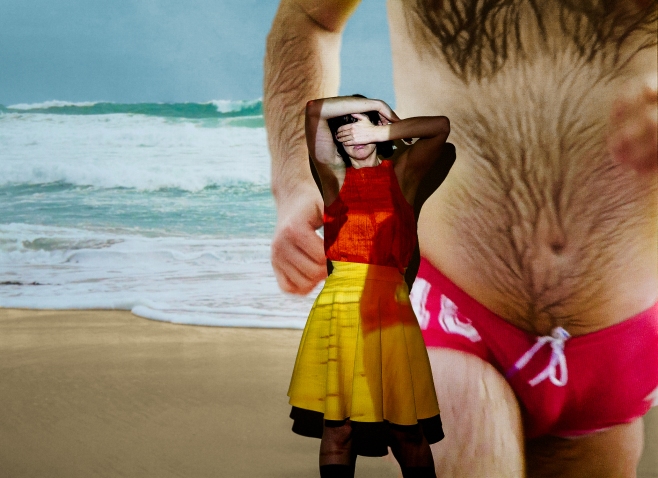