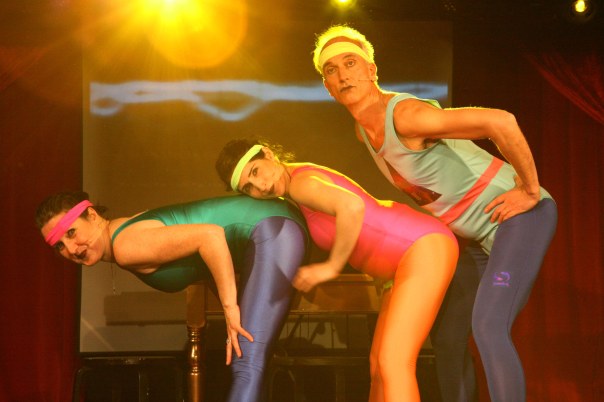 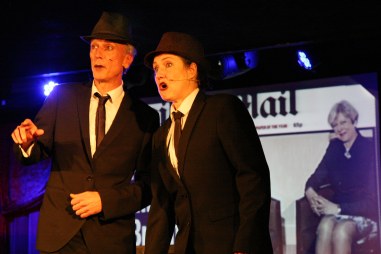 Based on conversations with over a hundred women, Hysteria, we are told from the stage, is not a play but a cabaret. Dialogue and song are used to show the many ways women are detrimentally portrayed in the press and unduly affected by political legislation. Judgement on the Daily Mail objectifying the legs of Teresa May and Nicola Sturgeon is delivered in the guise of a breathless horse race commentary. The polemic covers a wide range of misogyny from the predatory nature of Trump’s sexual behaviour to the DUP’s anti-abortion stance and the film Gaslight. 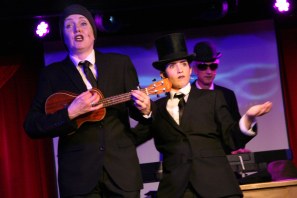 There’s not much in the worthy sentiments of A J Taudevin’s writing that any sane person would take issue with but citing Gaslight, on two occasions, as an example female oppression seems less sound. It is fiction after all and a great example of Victorian Melodrama, bad man does bad things then gets caught, that doesn’t suggest trying to drive your wife crazy is actually a good idea. The cast of three, Annie Grace, Maryam Hamidi and George Drennan, put plenty of energy and endeavour into getting the content across (Drennan gamely raps a call and response with the audience) but it does seem as if the jumbled show has been written by committee and is carrying its message more by camel than horse.

Posted on October 10, 2017, in Scotland. Bookmark the permalink. Leave a comment.