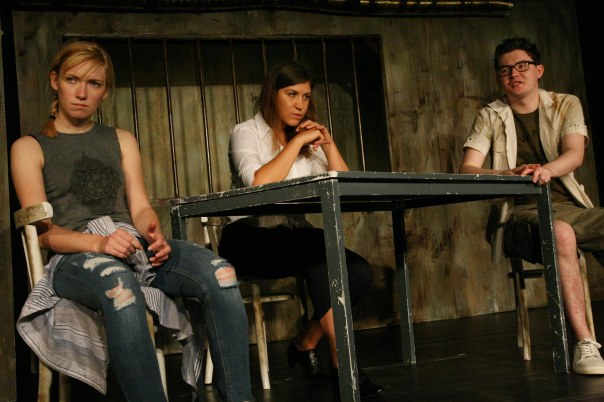 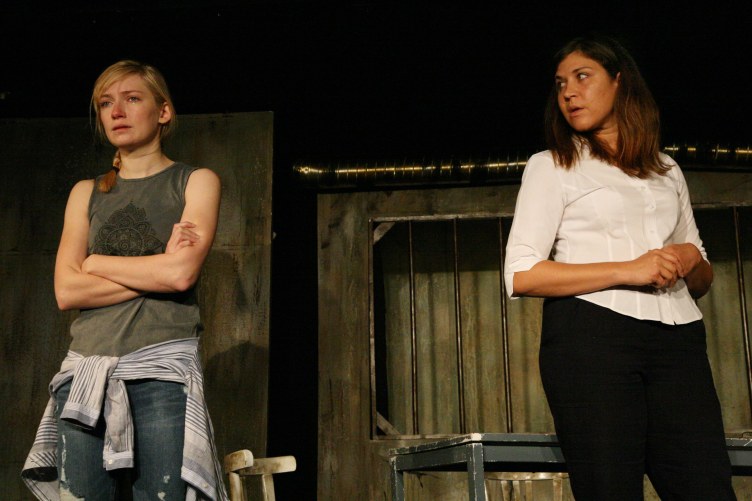 Inside a Far East prison a young couple sit at a table awaiting the arrival of a lawyer. Incarcerated for the last 22 days, their prospects seem as dim as the flickering bulb that lights the dubious stains on the walls of the interview room. If Freya (Kim Allan) and Michael (Daniel Cameron) are to be saved from the most severe of punishments they must tell Amelia (Nicole Cooper), their legal representative, everything that happened before they caught the plane in Brisbane. Both have reasons to be economical with the truth but the fact is, somehow, someway, something illegal got into their luggage. 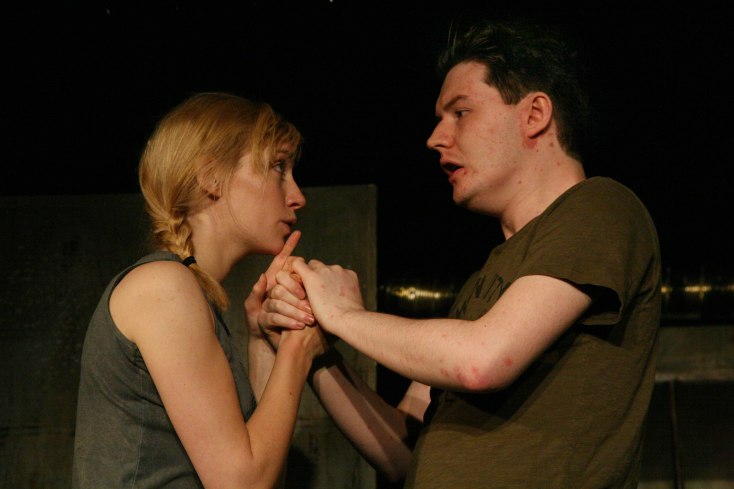 Allan’s Freya is convincing as a feisty, defiant teenager, impatiently demanding the legal system realises they are not foreign but British. Cameron’s Michael is timid, prone to despair, more likely than his travelling companion to turn to tears when the going gets tough. He wears shorts, she wears the trousers. Cooper’s Amelia is a calm presence carefully teasing out the truth, laying out the options, curtailing the more outlandish hopes of the accused – the UK is unlikely to revoke trade deals to ensure their release (well not with Brexit looming).

Writer Rob Drummond’s satisfying play moves to the Traverse in Edinburgh next week, where its serpentine plot will keep the audience guessing right till the end.

Posted on September 26, 2017, in Scotland. Bookmark the permalink. Leave a comment.