← Venus and Adonis
An Interview with Ed Brody → 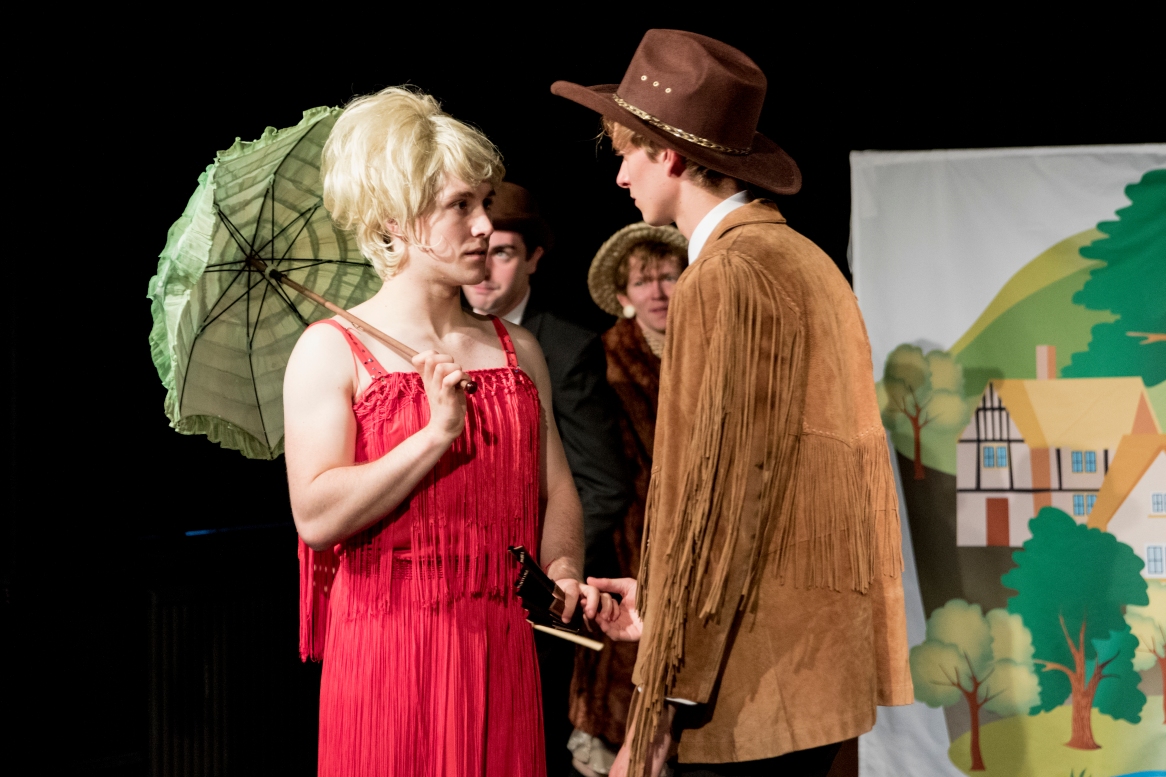 When the doors to the Space opened we were hustled in by a cast member who told us to take our seats as quickly as possible. I was reminded – as I suppose was the intention – of school discipline from long ago, but obediently did what I was told. From the start, the dialogue and narrative were cloaked in a kind of metaphysical grey which was in turn reflected in the bland colour of the costumes – blazers for the boys and gowns for tutor Eric Ashley (Tom Lloyd) and Headmaster Philip Crabtree (David Mullen). Marking the 50th anniversary of the legislation which partially legalised homosexuality in England and Wales, this was the first stage adaptation of Michael Campbell’s tragi-comic 1967 novel set in a boy’s public school. 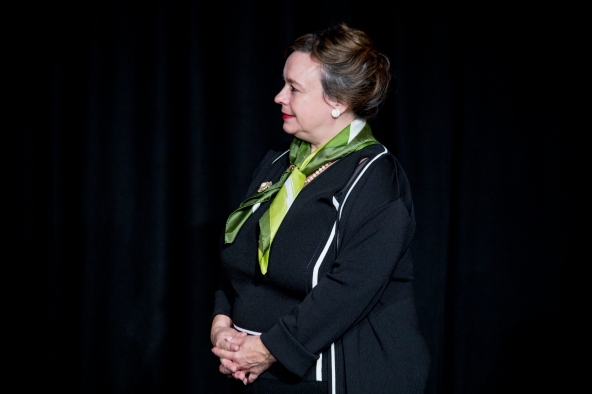 Under Glen Chandler’s deft direction, the story of the novel was brought to life in a grand style, full of bold expectation, enhanced by the excellent ensemble cast. As the plot unfolded, it focused on each character in turn, engaging us even deeper in the action and making us hungry to know what would happen next. Overall there was an air of experimentation in the way the play came together, guiding us around the story with visions plucked straight from the book itself. Even the stage, which remained unchanged, contrived to reflect definite distinctions between the scenes. And as we learned more about the character of each actor, so their vices became more familiar to us, and so we were drawn in even deeper to the scene in front of us. 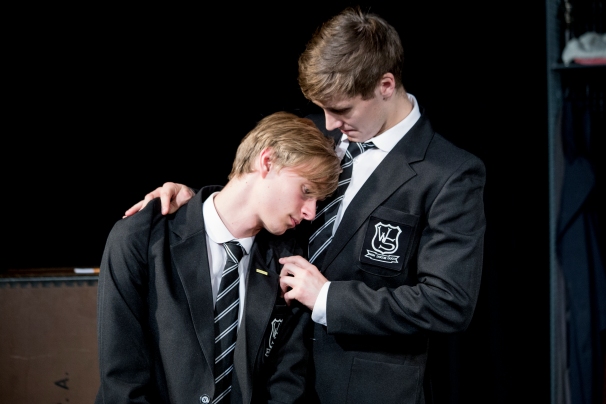 Was it a funny story or a tragic one? Did this Boys of the Empire production deal with the issues in a serious or humorous way? To be honest I’m not sure, perhaps only the author could tell us for sure. From my point of view the suffering of the boys demanded a sincere approach and the acknowledgement of something profound. I think one of the ways the play did achieve the necessary mature depth of understanding was by including a variety of academic dialogues on classical topics between younger and more mature members of the cast. These were cleverly inserted at points which would enhance both the plot and our understanding of the characters. 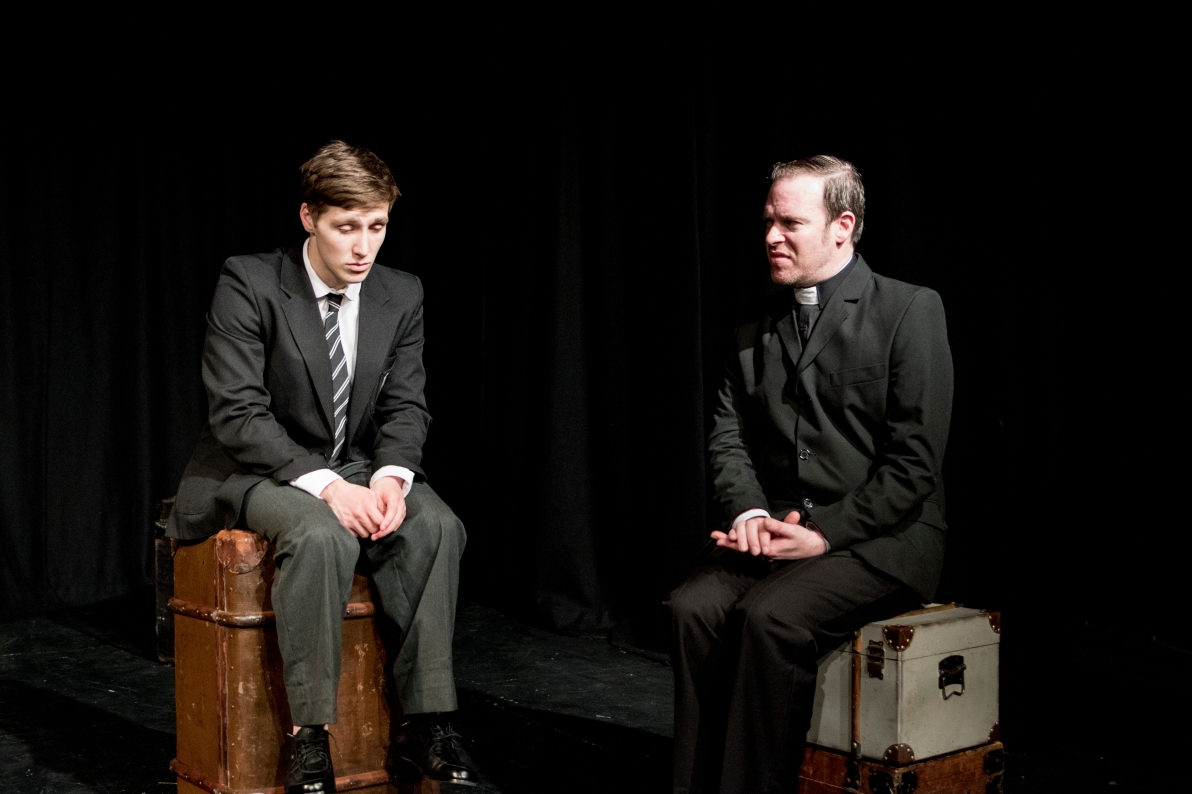 The main focus of the play falls on the young protagonist, Terry Carleton (Joshua Oakes-Rogers) as we witness the expression of his love for another boy, and in equal measure, his dismay. The dilemma he faces poignantly reflects the issues that were current at the time, and in many ways remain so today, despite a more tolerant society. Much of the tension in the novel, and in the play, comes from the conflict between trying to reconcile the murky truth of gay love and the need of the School to play it down, as embodied in the tight lipped stance of the homophobic Headmaster and his deeply religious wife, Mr and Mrs Crabtree. We were also presented with some of the myths and facts surrounding public schools and the Church. All of which served to present the issues as rigorously as possible.

But it’s not all doom and gloom – a religious figure, the Reverend Cyril, played as a double character with the Headmaster provided much needed comic relief and offered punch lines that the audience lapped up in gales of laughter. The Reverend plainly had his own issues regarding homosexuality, which did not however stop him from sermonising and coloured the confessional scenes with two of the boys who were in need of guidance about the feelings of love they had for each other. Every student had a story of his own and each was presented almost effortlessly and with great humanity. With the emphasis placed not on discord but on trying to come to some sort of accommodation between each side, we could thus find ourselves in sympathy with both sides of the argument. In the end Mr Crabtree concedes to his wife that the issue probably wouldn’t resolve itself, stating that in the next term at Weatherhill School the subject would once again have to be confronted after no doubt being repeated. With strong endearing moments of innocence and intimacy, this play is a must see at the Fringe.

Posted on August 16, 2017, in Uncategorized. Bookmark the permalink. 3 Comments.

← Venus and Adonis
An Interview with Ed Brody →