An Interview with Kamaal Hussain 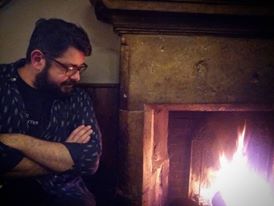 Hello Kamaal, so where ya from & where ya at, geographically speaking?
I was born in Baghdad, Iraq, moved to the East Midlands when I was 2 years old, grew up in Leicestershire and now live in London, via Sheffield and Munich!

When did you first find yourself getting into the dramatic arts?
At school. I had a pretty inspirational English teacher at secondary school, and she encouraged me into school plays, and then into youth theatre.

What for you makes a good piece of theatre?
Something that stays with me after the show. Something which makes me think and challenges my perceptions. Total theatre – the whole package, working in collaboration.

What does Kamaal Hussain like to do when he’s not being theatrical?
I’m an avid reader, I have a little ‘library’ at home. It’s really only a spare bedroom that I’ve taken up one wall of and it’s covered in books. I have a little armchair, and I curl up there and lose myself in a book.

Have you ever been to Edinburgh before whether visiting or performing?
I last performed in Edinburgh at the Playhouse as Habibi, in The New Statesman with Rik Mayall in 2007. My last time at the Fringe performing was at Greyfriars Kirkhouse in The Duchess of Malfi in about 1995! I try to come up every year as a visitor. I love to pack as much in as I can then. 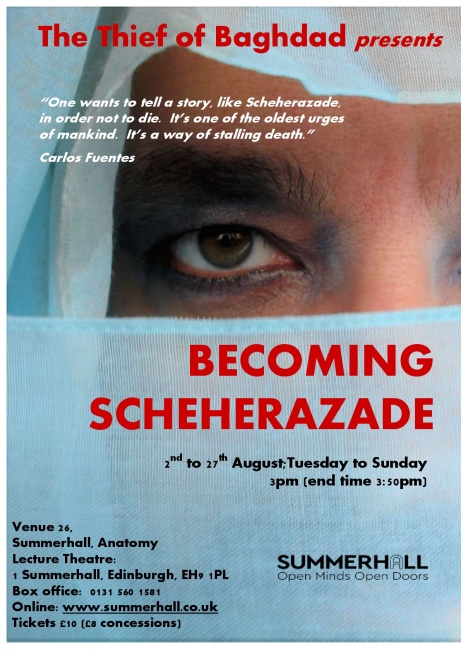 You will be bringing ‘Becoming Scheherazade’ to Edinburgh this August, can you tell us about the play?
Becoming Scheherazade was born out of need to tell the stories of Arabs in the West. In the light of the Gulf wars, the rise of Daesh and the seeming demonisation of the Middle East in the press, I had wanted to respond this theatrically. This production uses the Arabian Nights as its foundation, recognisable stories to a Western ear, but maybe over-adapted or bastardised in a Western context (think Aladdin). I decided to tell my life story, interwoven with the stories of Sinbad the Sailor, to examine my (and my family’s) particular relationship to migration from the Middle Eats to the West. And Becoming Sheherazade was born!

What is it about The Arabian Nights which resonates so much with you?
They are unusual. They contain stories within stories. Also, the framing device of Scheherazade’s tales, her need to keep the King entertained, so that he would not kill her – the parallels between that and the need to represent Arabs here in a realistic light were too plain to miss. 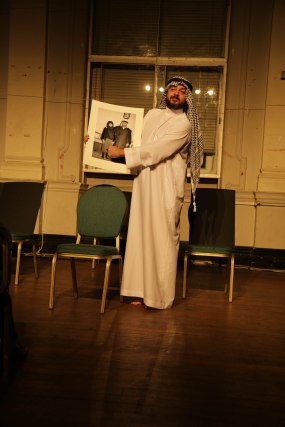 What compelled you to create such a piece?
As I said earlier, I wanted to redress the balance of the representations of Arabs in the West. This is the first iteration of a broader project, which aims to collect 1,001 real stories of Arabs in the west, creating a contemporary parallels to the 1,001 Arabian Nights.

What emotive responses do you expect from your audience?
I never know what the reactions will be. And that’s what I love about it. I’m telling a very personal story in Becoming Scheherazade, it will be interesting to see what emotive response that elicits. I am hopeful though, that people will find it thought-provoking, and lead them to examine any assumptions they may have held about the Arab diaspora.

What does the rest of 2017 hold in store for Kamaal Hussain?
I’m aiming to tour Becoming Scheherazade later this year. Also, I am beginning to receive other stories, so there will be some time spent collating those, and producing a blog to offer those stories to the world, and work on adapting those stories for theatrical production, and weaving them with their own Arabian Nights tales.

Posted on July 18, 2017, in Uncategorized. Bookmark the permalink. 1 Comment.