← An Interview with Joyce Nga Yu Lee
Wind In The Willows →

An Interview with Rachel Briscoe 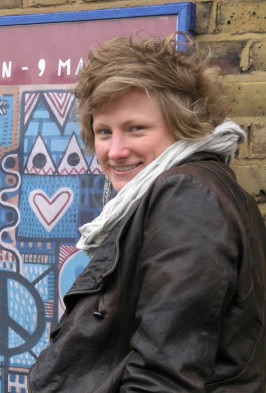 Hello Rachel, so where ya from & where ya at, geographically speaking?
I’m from St Albans, which is a fairly dull commuter town just north of London, and I live in Newcastle-upon-Tyne, which is brilliant.

When did you first find yourself getting into the dramatic arts?
Quite late really… I thought it would be a good way to meet people at uni, so I produced a freshers’ play. It was terrible (the play, not the organisation – it was organised very well, if I do say so myself). I thought, how hard can this directing thing be? So I decided to have a go. I think the first stuff I directed was probably quite bad, but luckily not too many people saw it!

What for you makes a good piece of theatre?
Something where I don’t notice time passing, where I’m totally engrossed and the lights go up and I can’t believe it was two hours long. Something where I laugh out loud, have a moment of profound sadness – and then think about it for days afterwards. I don’t ask for much.

What does Rachel Briscoe like to do when she’s not being theatrical?
Cook! I love food and sharing it with other people. At the moment I’m refining my recipe for the perfect burrito. I can talk about food for hours. Once I’ve finished one meal, I’m already planning the next one. I also like running but I think that’s just so I have an excuse for eating more food. 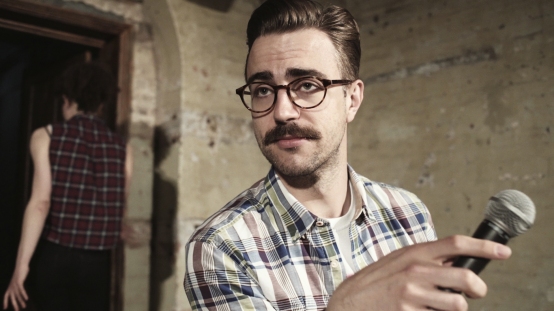 Can you tell us about fanSHEN Theatre?
We make theatre, live events and interactive experiences. We’re really interested in taking massive, important ideas and synthesising them into playful, dynamic formats. We’re also fascinated by the different ways in which we can co-create with the people who experience our work – whether that’s them playing within a structure we’ve made, creating content or committing radical acts of imagination with us! 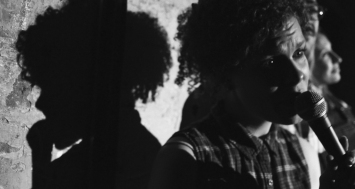 What was the initial inspiration behind forming fanSHEN?
Honestly? Dan Barnard –who I run fanSHEN with- and I graduated and realised we had a choice: we could either sit there and wait for someone to give us a job, or we could get on with making something happen ourselves. I’m really pleased we made that decision. Over the last ten years, having the company has allowed us to build a family of amazing associate artists, make some great projects and meet fantastic audiences.

Have you been to Edinburgh before, either visiting or performing?
I brought shows as a student but not since then. I visit most years – it’s a great chance to see shows by companies you’d never normally encounter.

You will be bringing Lists For The End Of The World to the Fringe this August, can you tell us about the play?
Lists… is a show composed entirely of crowd-sourced lists, from all kinds of people in all kinds of places – including from the audience as they queue up to take their seats. In Lists…, the ordinary and the extraordinary, the profound and the ridiculous sit playfully side by side: Things I pretend to be interested in; Times my 8 year old self would be proud of me; Places I would hide a body. It includes laughs, music, sadness, romance, some dancing, a look at the world through other people’s eyes, fish sticks. Each performance is different then, what are the ingredients for the best shows?
That’s right, we source content online and from each audience. Some stuff will stay the same and some will be different. I guess I’m always trying to make sure that there’s a real range of perspectives in there – there are moments in the show where I want people to hear something and think “Oh yeah, me too!” but also moments where I want them to be like, “Wow, I never thought of it like that.”

What does the rest of 2017 hold in store for Rachel Briscoe?
We’re opening a new interactive show called Disaster Party, which is like a murder mystery crossed with one of those melodramatic Latin American telenovellas. We’re also piloting a new playable theatre jury game. And I’m starting to make new piece about AI. And R&Ding a new show about a woman who jumped off the top of Empire State Building and got blown back in again on the floor below (true story!). And I might try to have a couple of days off – I hear December 25th is a popular choice.

Posted on July 12, 2017, in Uncategorized. Bookmark the permalink. Leave a comment.

← An Interview with Joyce Nga Yu Lee
Wind In The Willows →