An Interview with Hippolyte Poirier 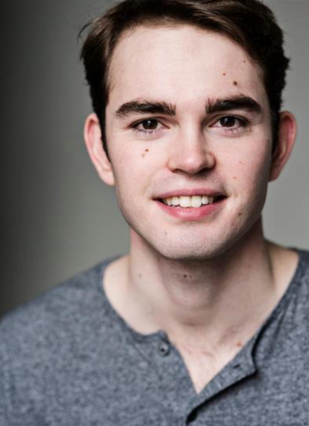 Hello Hippolyte, so where ya from & where ya at, geographically speaking?
I was born and raised in a little village called Gidy near Orléans in France and moved to Hull at the age of 10 – quite a culture shock! After 8 wonderful years in the North East, I moved down to Surrey to study at GSA and have lived in London for two years since graduating. Despite having lived in the UK more than half of my life, I am still very much a proud Frenchman at heart.

What for you makes a good piece of theatre?
I think that there are many factors that contribute to making a quality piece of theatre but ultimately it boils down to the story and the characters. At least one of those things has to have some quality (preferably both!) otherwise there is no hope of getting your audience engaged. It might sound a bit obvious and simple but then again, I’m easily pleased! As an audience member all I’m asking for is to be taken on a journey with the plot and to connect with the characters on an emotional level. It’s also always a bonus when a piece not only provokes emotional reaction but intellectual reflection as well.

As an actor, what are the secrets to a good performance?
One of the most important things for me is to be relaxed on stage so that I allow everything to come naturally. As soon as the nerves kick in and you start thinking about yourself as an actor or what the audience might be thinking, it becomes near impossible to get any truth out of your character as you’re not fully concentrating on them. It’s also crucial to listen to and focus on your fellow actors as they are the people that you are (re)acting to. Acting is a massive team effort and listening is the key.

What does Hippolyte like to do when he’s not being theatrical?
Plenty of things! I love sports, football in particular so I spend most of my time watching or playing it (on FIFA). I’m a Gunner through and through and football is probably the closest thing I have to a religion. I also play various instruments and love a singalong.

You are a member of Junkbox Theatre, can you tell us about the company?
JunkBox was created just under a year ago but they have already achieved an incredible amount. They sold out their first show and have only gone upwards since them. Georgia, Ali and Jack having trained as actors had to learn how to direct and produce on the job and I really admire the fantastic job they’ve done. I’ve been lucky enough to act in all of JunkBox’s shows so far and have enjoyed every single one. I can’t wait to see what they come up with next and as their friend, I am very proud of their deserved success.

Have you ever been to Edinburgh before whether visiting or performing?
I performed two shows at the Fringe in the summer of 2014 and had an amazing experience. I loved the hub of creativity and enthusiasm that is the Mile, saw so much great theatre and met some brilliant people. As there was a lot of flyering involved last time, I am looking forward to exploring the city in between seeing as many shows as possible.

You will be performing in two plays in Edinburgh this August, can you tell us about them?
“Mine” follows the stories of three young couples and their experiences with planned/unplanned pregnancies. It’s got a great balance of humour, touching moments as well as a couple of scenes to tug at the heart scenes. It touches on subjects that are rarely showcased in theatre and does so in a very honest and accurate way.

“Stiff Dicky” is a very different show and as the title would suggest, is not quite as serious. Two best friends go on a birthday night out with the rest of their group, pick up a friendly Frenchman and wake up the following morning to find a corpse sporting a rather impressive erection in their bed. Hilarity ensues as the group try to work out what to do next. Both shows are a joy to perform in as the characters are contrasting and well written.

What does the rest of 2017 hold in store for Hippolyte Poirier?
When I get back from the Fringe, the first task will be to move in to a new flat as no matter how important acting may seem, housing has to come top of the list. Otherwise, I don’t really have many plans for the rest of the year but I’m looking forward to whatever comes my way.

Posted on July 10, 2017, in Uncategorized. Bookmark the permalink. Leave a comment.