An Interview with Stewart Schiller 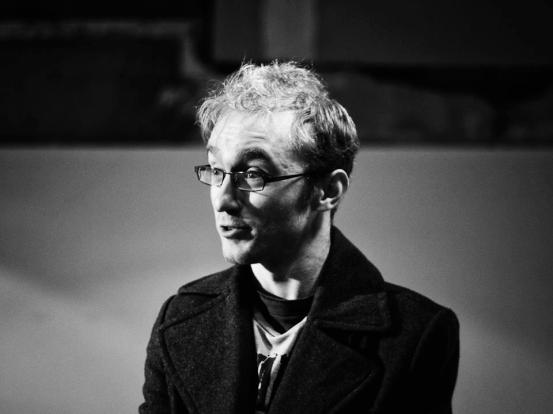 Attune Theatre are just about to take Alan Bisset’s ‘The Ching Room’ on a mini-tour. The Mumble managed to catch a wee shpiel with Attune’s artistic director, Stewart Schiller

Hello Stewart, so where ya from & where ya at, geographically speak?
I’m from Glasgow and still stay here.

Which paths did you take that led to becoming a theatrical artistic director?
I worked with Fablevision in Govan for a year. I learned about a lot of training in Theatremaking and Fundraising. I saw lots of ‘issue-based’ theatre and became passionate about it. I think that passion is what fuelled my desire to become an Artistic Director and form Attune.

Can you tell us about winning the IdeasTap with the BBC Writersroom?
Yeah, that was a really great experience. After winning I got to meet the head of the Writersroom and take part in a workshop explaining the BBC Commissioning Priorities. I got to meet a lot of other writers, at a similar level, from all over the UK, which was a lot of fun. I think the main lesson I took home was how the Specific can be Universal. For instance, look at Doctor Who it has very distinct ‘Britishness’ but is a huge worldwide success.

What does Stewart Schiller like to do when he’s not being theatrical?
I love Wrestling (purely the fake kind), Rugby, and Gaming in particular.

You are just about to bring ‘The Ching Room’ to Glasgow – can you tell us about the play?
The Ching Room’s one of these plays that just jumps off the page. I try to read as many plays as I can and, after awhile, they can start to blend together. The Ching Room though is really arresting. It describes seedy acts with beautiful language, whilst also being really funny. That’s a rare combination that gets me really excited.

How do you find Alan Bisset’s writing?
It might sound daft, but I find there’s a sincerity to it. In that, you feel like each play is a window to where his head was at at that specific time. So if you look a series of them, you can see his evolution as a writer and the Scottish Independence Referendum effected this psyche.

Not every play from the PPP system makes it back to the stage, But this one did. Why do you think that is?
Because it’s been printed. Unless I’ve missed something (possible). I don’t think a lot of a Play, a Pie, and a Pint scripts are printed so that greatly reduces the chances of a Director or a Producer finding the play. The play obviously stands out on it’s writing alone, but I feel that pragmatic issue has a huge influence.

Finally, what does the rest of 2017 hold in store for Stewart Schiller?
Well, on the 23rd of June I’ll be directing another piece for this year’s Tron 100 Festival. Other than that, it depends how successful we are with the Pay What You Decide model we’re using for this show. If it proves to be successful, we can go straight into Production on another show. If it doesn’t, we will need rethink things.

THE CHING ROOM WILL BE PLAYING @

Posted on June 5, 2017, in Uncategorized. Bookmark the permalink. Leave a comment.