An Interview with Carmen Marcon

Tonight the Carol Tambor Theatrical Foundation and the University of Edinburgh begin their run of Isaac’s Eye at the Bedlam Theatre. The Mumble managed to catch up with its director, Carmen Marcon, for a wee chat. 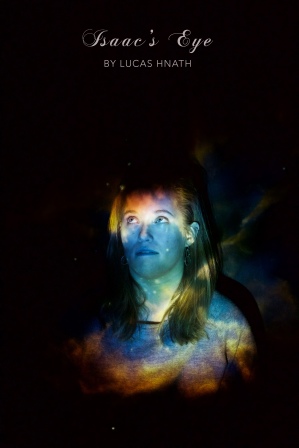 So where ya from & where ya at, geographically speaking

I’m from San Francisco, California and have lived and studied in Edinburgh for the past year and a half.

When did you first develop an interest in theatre

To be honest, I’m not sure when it all started, I feel like I’ve always been interested in theatre. My last year of high school is when I discovered the intricacies of putting on productions and being involved at Bedlam Theatre has allowed me to immerse myself in an artistic community, encouraging my love of theatre.

It’s definitely not easy but I love it too much to give it up. It just takes a combination of time management, a good support system and a lot of coffee.

You are making directorial debut with Isaac’s Eye, how are you finding the process

It’s a very odd script to begin with but I’m very much enjoying the challenge of it. I’m lucky to have a great group of people to be working with in both the cast and crew who have been willing and excited to put in the work to make this a really good piece of theatre.  We’re all really excited to show this to the public.

Can you tell us about the play

The play explores the path Isaac Newton took to become one of the greatest scientific thinkers that we know today and shows us the relationships that affected him as well. Walking the line between fact and fiction, Lucas Hnath has written a play that puts a seemingly normal situation on its side. The characters presented are not expected, allowing additions to these historical figures that we thought we knew.

What emotional responses do you expect your audience to engage with

There is an odd disconnect between the way the characters relate to each other as well as their situations. Regardless of this, each character is relatable in its own way allowing for a whole spectrum of emotions on stage and off. I want the audience to embrace the oddness rather than shying from a style of theatre that they might not have liked before.

What does the rest of 2017 hold in store for Carmen

I’ve recently become the Productions Manager at Bedlam Theatre and am looking forward to working with the upcoming shows that will be put on the stage here. I’m also planning to direct more shows this year as well and just really taking advantage of the amazing theatre Edinburgh has.

Posted on April 7, 2017, in Uncategorized. Bookmark the permalink. Leave a comment.