A season of new work inspired by experiments with music and sound, 9-31 MAY 2017. Tron Theatre’s Mayfesto season has now become very firmly fixed in the cultural calendar, and the Tron announce today the programme for this year’s mini-festival of edgy and provocative new work.  Inspired by Samuel Beckett’s struggle to write Words and Music, when he lamented ‘music always wins’, Andy Arnold has pulled together a season of theatrical works underscored and influenced by music and sound. Tron Creative is a strand of work that supports and nurtures emergent artists through a series of initiatives and our first Mayfesto show, Daphne Oram’s Wonderful World of Sound  (9-13 May, Press Night: Wed 10 May, 7.45pm) by Blood of the Young was developed as part of this strand. A journey through the amazing life of one of the great, unsung composers of the twentieth century, credited with shaping the entire development of electronic sound, writers Paul Brotherston and Isobel McArthur bring you Daphne Oram’s incredible story. 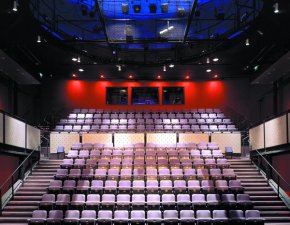 In a co-production with Ramesh Meyyappan Productions, Andy will direct Ramesh in a new comedic and highly physical piece of theatre, Off Kilter (10-13 May, Press Night: Thu 11 May, 8pm) as part of an international collaboration that sees the show premiere in Singapore. Off Kilter explores mental well-being, identity, feeling a little bit different from everyone else, and not quite being yourself and will incorporate illusions and masterful visual storytelling. In another co-production, The Tron are delighted to be able to include the world premiere of Tromolo Production’s jet-black comedy Music is Torture (18-20 May, Press Night: 19 May, 7.45pm) in the programme. Inspired by the research of musicologist and human rights campaigner Dr. Morag J. Grant into the use of music as a means of torture in political conflict, the production will feature live music and new material from A Band Called Quinn.

Horse McDonald’s Careful (Fri 26 & Sat 27 May, 7.45pm) was a huge Fringe hit:  the ‘candid, fearless’ story of how music saw her through some of the most difficult times in her life will be here for two nights only, as part of an extensive tour of the production. The University of Glasgow’s David Archibald and Carl Lavery will present Glasgow Glam Rock Dialogues (Tue 16 & Wed 17 May, 7.30pm) in the Vic Bar, where pressing political and aesthetic concerns will be channeled through the spirits of Marc Bolan and Suzi Quatro. 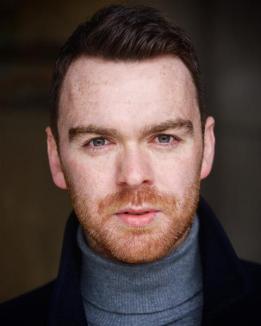 In keeping with Mayfesto’s ethos of offering opportunities to hear brand new work presented, Andy has programmed a week of rehearsed readings. Award-winning Martin McCormick showcases his full length drama Ma, Pa and the Little Mouths; Martin O’Connor presents excerpts from a piece he’s working on inspired by his time as Writer in Residence with The Children’s Hospice Association, A Little Life;  Alan McKendrick’s theatrical-fiction band find themselves crammed into a taxi when their tour bus breaks down in ‘Wilsonian knee play’ Cadaver Police In The Electrocution Afterlife and Paines Plough’s Come To Where I’m From curates work from four Glaswegian writers about the city that has shaped them. The Tron then close the festival with a rousing gig, Mayfesto Song Party, from our very own Community Choir, who following the demise of the Arches have been meeting here at the Tron and have built up a repertoire that include club classics from Chaka Khan and Soul II Soul, alongside Lou Reed, Camera Obscura and Eurythmics numbers, with a bit of Elvis thrown in for good measure.

Artistic Director Andy Arnold says of the festival: ‘This year, Mayfesto, our festival that strives to present engaged and engaging work, is all about the music.  It makes me very proud to co-produce so many premieres of work from theatre-makers and performers who are really making a name for themselves with innovative, powerful and dynamic dramatic offerings. That we’re able to do this under the banner of our Tron Creative programme, and Mayfesto as a whole, is testament to our commitment as a venue to nurturing and supporting the very best creative talent that Scotland has to offer.’