← Coming Up : My Country; a work in progress
An Interview with Dave Robertson →

An Interview with Stuart Hepburn 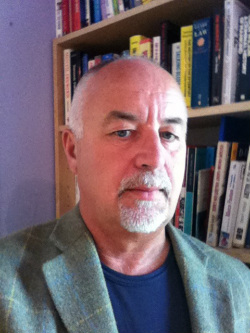 THE MUMBLE : Hello Stuart, where are you from & where are you at, geographically speaking?
STUART: I am from Glenrothes in Fife. I worked in a Paper Mill and Carpet factory for 7 years before I went to Stirling University where I studied politics. I am based in a small mill village in Perthshire .

THE MUMBLE : You clearly have a love of the theatre, when did it all begin?
STUART: The first play I ever saw was 7:84 and John McGrath’s “Little Red Hen” at the Adam Smith Centre in Kirkcaldy in 1975. I was absolutely entranced by the sight of  Bill Paterson playing with a little monkey on a stick and talking about “Mulrothes New Town. I couldn’t believe that anyone could mention where I came from on a stage.

THE MUMBLE : How do you think the Scottish Theatre scene has changed in the 30 years you have been involved?
STUART: It’s very hard to be objective about this. I haven’t checked the data so i can’t make any definitive statements about this, but my impression is that regional theatre and touring have been completely emasculated and cut out of existence. There are pockets of excellence but I feel  the breadth of professional  work has decreased. There has been an expansion of zero-funded or minimally supported semi-professional productions which erupt from time to time  in a scattergun pattern. This  leads to underfunded productions, a lack of a Scotland-wide dramatic strategy,  and poverty-stricken performers.

THE MUMBLE : Could you tell us a little bit about the Beaches of St Valery?
STUART: The play tells the story of a fictional soldier of the Queen’s Own Cameron Highlanders from 1938-1946. It’s central metaphor concerns the surrender of the 51st Highland Division at St Valery-en-Caux in June 1940.

THE MUMBLE : What inspired you to write the play?
STUART: More men died on the road to St Valery than at Culloden, and 9,000 of them were marched to incarceration till the end of the war. They  were forced to surrender and sacrificed in a political deal between Churchill and De Gaulle, but because their story did not fit in with the prevailing narrative of “the miracle of Dunkirk”, they have been ignored by history. I am boiling with anger at the unfairness of it all I want to do whatever I can to tell their story.

THE MUMBLE : How are the cast, Ron Donachie, James Rottger and Ashley Smith, getting on so far with it?
STUART: Rehearsals are going very well and I could not be happier with their dedication and performance, but you should ask them what they think of me!

THE MUMBLE : How are you finding directing your own play?
STUART: I am enjoying it more than anything I have done professionally in years. However  it’s an intimidating position to be in and means I do not have the support of an objective director to help me with the re-writes.  I have no one to blame if it all goes wrong.

THE MUMBLE : What does the rest of 2017 have in store for Stuart Hepburn?
STUART: I am forming a Screenwriting Company with my daughter, Cat Hepburn, and doing a bit of University  teaching, and I want to return to acting. As to Directing, we will have to see how the play goes and take it from there.

Posted on February 28, 2017, in Uncategorized. Bookmark the permalink. Leave a comment.

← Coming Up : My Country; a work in progress
An Interview with Dave Robertson →