← An Interview with Muireann Kelly
Coming Up : My Country; a work in progress → 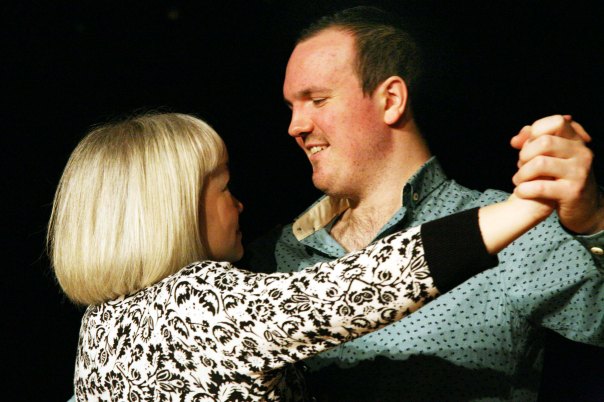 An Tango Mu Dheireadh Ann Am Partaig is wryly comic, poignant and entertaining. If your lunch is hour free you could do a lot worse than take in this compact and competent drama at Oran Mor. In essence this is the story of Moira (Mairi Mhoireasdan) and Iain (Daibhidh Walker), a married couple from the Isle of Lewis. Under pressure from empty nest syndrome and Iain losing his job the marriage begins to fall apart. And this is the core of the drama performed in Gaelic with helpful English subtitles for those unlucky enough not to have received much Gaelic language education.

The conflict between Moira and Iain is rather low key. This is not ‘Who’s Afraid of Virginia Woolf’. Iain is largely sulky and defeated. Moira is contrastingly bright and optimistic. They are not a couple who are cruel or vindictive to each other, there is no great falling out, throwing of plates or trading of insults. Theirs is a marriage or a love that has run out of steam, or juice: the spark that sustained them for over twenty years has somehow been extinguished despite Iain’s protestations that he is ‘still the same man I was when I married you.’ 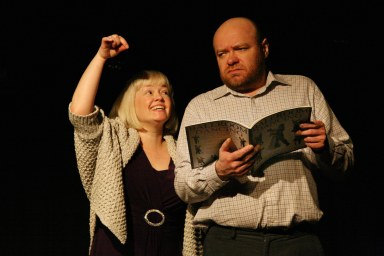 From Moira’s point of view it appears that he is not the same man at all. He is a man struggling to come to terms with the loss of his job and of his children leaving the family home, and branching out on their own. The fact that his marriage, this last cornerstone of his life, starts to come under stress seems to him to be somehow inevitable. The strains arise when Moira asks him to take ballroom dancing lessons but Iain refuses and she goes on her own. She becomes a little smitten by dancing instructor Lachaidh (Iain Beggs) who hails from Barra and brings a certain comic naïveté to the proceedings. At a more serious level Lachaidh’s role highlights the fact that all three characters are Gaels who live in Glasgow as migrants. While home is never that far away in terms of distance, leaving the islands to come and live and work in Glasgow seems somehow like an irrevocable change and life will never be the same.

All three characters project a kind of inner strength that is tested by life’s events. The question is how this strength might be used to move life forward or whether it is simply a tool for survival. And there is always a little humour to help along the way.

Posted on February 23, 2017, in Uncategorized. Bookmark the permalink. Leave a comment.

← An Interview with Muireann Kelly
Coming Up : My Country; a work in progress →