← Of Wardrobes & Rings
The School For Wives → 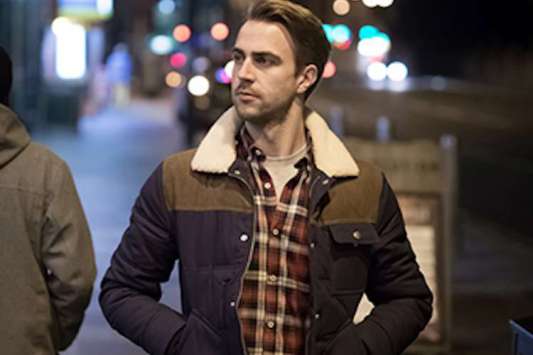 The dramatic soliloquy is one of the most intensely difficult theatrical art-forms, but when done well, one is transported into the ancyent mead-filled halls, where the bards recited their tales to the local lord. Now, as the Welsh & their eistedfodds have the greatest esteem in the bardic tradition, it is no wonder they are modern masters of the form. Roger Williams’ Saturday Night Forever (directed by Kate Wasserberg) seems as if it had been brought down from Cadair Idris after a a wild night with the birds of Awen, for it is simply a marvellous telling. The hall is just as good as well – the Underbelly Med Quad possessing one of the finest middle-sized theatres at the Fringe.

Lee is gay, and regularly haunts the nightspots of Cardiff on the hunt for his perfect man. Of these, Matthew seems promising…  a pastry chef who is good at blow jobs, who was perhaps too cool for Lee. The eventual clash came, of course, when Lee dissed Take That, from which the story took a darker, more insular turn through Lee’s search for satisfaction in a harsh & loveless modernity. Y’see, Lee is no gay sheep, he’s a lost-soul trying to do his own thing, who just happens to be gay – & a nervous one at that.

Actor Delme Thomas & his lovely Welsh lilt plays the part with a smooth precision; warm to watch, easy to listen to, his performance is as slick as his hair. Behind him there is an atmospheric neon-pulsing backdrop which helps hypnotise us into his world. For me, his vocal portrayal of other characters in his story could have done with a little more idiosynchratic accentation, but other than that it was a charmingly quixotic oratory which would have pleased even Llywelyn ap Iorwerth himself. The ending is also a triumph of acting & writing – where we see an intensely beautiful transformation in Lee – but before then, enjoy yourself in the courageously cathartic company of Cardiff’s gay scene – you wont regret it.

← Of Wardrobes & Rings
The School For Wives →