The Course Of True Love 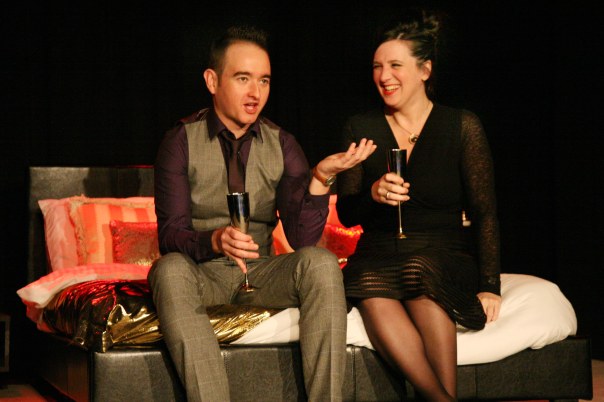 “The course of true love never did run smooth” would complete Shakespeare’s line and David Leddy’s play directed by Joe Douglas certainly showed how bumpy it can get. Aid charity boss Celia (Louise Ludgate) and co-worker Oliver (Mark Prendergast) have found themselves in a pretty tight corner. In the world’s most expensive hotel on the tab of an unnamed country’s murderous dictator they are being strong-armed into providing computers and software which will never find it’s way to the general population but only line the pockets of said dictator and his cronies.

The play takes place in room 103 where Celia and Oliver, both rather drunk, have taken a break from negotiations to contemplate just exactly how to extricate themselves from the situation they’re in. It soon becomes apparent that both are far from successful in love. Celia is divorced with a daughter who cares little for her and bi-sexual Oliver’s male partner has left him and returned to Brazil. 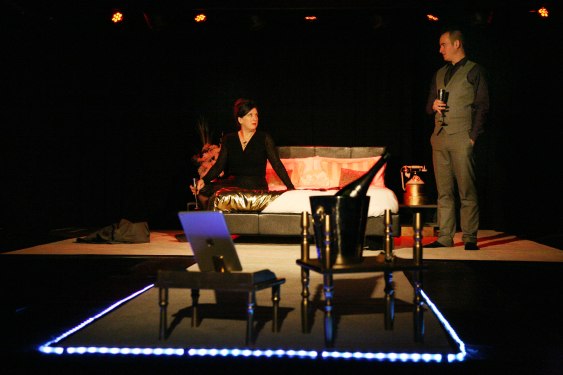 As their drunken conversation develops  Oliver admits that the only reason he has stuck with the failing charity is his love for Celia and Celia admits to the same, but how to escape the dictator and disappear together without being detected by his bodyguards downstairs?  You need to see the play for the answer.

For some reason this piece never really took off. Lots of potentially great dialogue was lost in a rush in the first 15 minutes and there were moments during the performance where everything went very flat- it’s never a good sign when you can hear the audience shifting in their seats. Perhaps the whole scenario was a bit unbelievable but there were some genuinely funny lines and with better pacing the play would have been more engaging.

Posted on November 24, 2015, in Uncategorized. Bookmark the permalink. Leave a comment.