← Mallory : Beyond Everest
The Course Of True Love → 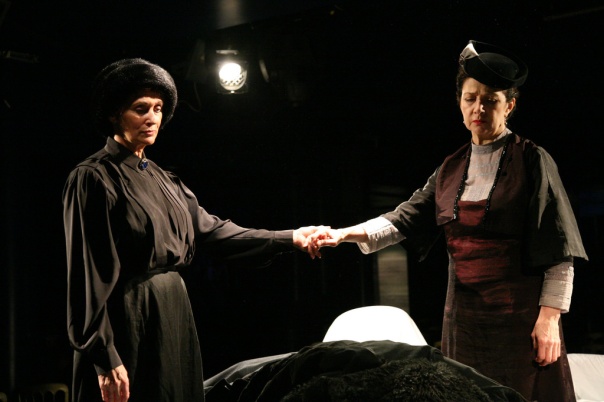 Second last in the season before the Christmas pantomime John Gabriel Barclay is a play set in 1914 with broad Scots throughout. Director John Carnegie has had three plays staged at Oran Mor : Pro-active (2006) , Target (2007) and Speak the Speak, all by veteran writer Alma Cullen better known for her work in Northern Lights, Inspector Morse and A Touch of Frost. 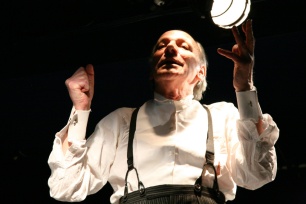 Ellen Raeburn (Maureen  Beattie ) is the twin sister of Gertrude Barclay (Isabella Jarrett) and they set eyes on each other after eight years of hostility at the Barclay’s remote home on the outskirts of Edinburgh. Ellen is on a mission, to change the name of her adopted son to her own. Gertrude is out to stop her. The play starts with a ballad setting the scene,sung by the storyteller who also plays Edward Barclay and William Finlay (Ross Allan)

…and all mankind should weep.’ 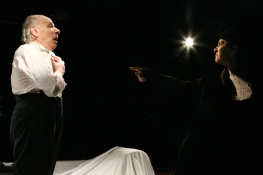 As the plot unfolds revealing Barclay’s crime, the bitterness between the two sisters who both loved Barclay comes to the fore. Difficult to follow at times, this strong Scotts stramash is beautifully acted with the voices of our ancestors revived in such a lyrical fashion. The era is so long gone that the derogatory comment by John Gabriel Barclay(Peter Kelly) made about women jar, but these were pretty acceptable views back then. This dark tale has a few witty moments and is an interesting take on Henrik Ibsen’s “John Gabriel Borkman” which the play is adapted from.

Posted on November 18, 2015, in Uncategorized. Bookmark the permalink. Leave a comment.

← Mallory : Beyond Everest
The Course Of True Love →