← Waiting for Godot
Life is Shrinking →

Condensing a classic tale such as Aldous Huxley’s Brave New World is a challenge, but one met with extreme professionalism by young playwright Dawn King & director, James Dacre. Premiering only two weeks ago in Northampton, its first port of call was Edinburgh’s internationally renowned King’s Theatre, a perfect test-water for such a fascinating & prophetic piece. 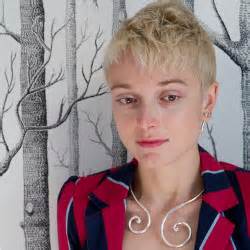 Penetrating the smoke of ethereality experienced by Huxley back in 1931 as he wrote his wonderful sci-fi satire on the 20th century was no easy task, but the dramaturgical combinations of sound, scenery & some highly effective line-delivery was a true wonder to watch. Its purveyors are the Touring Consortium Theatre Company, whose self-generated vision is, ‘to inspire our audiences with life-affirming, excellent theatre. To make our work accessible and diverse.’ The universality of Brave New World, then, is an excellent choice, & whether you have the read book or not, I advise a visit to whichever theatre this play finds itself.

Set in the 26th century, Huxley’s dysto-utopian masterpiece splices Shakespeare with cutting-edge 1930’s scientific endeavour & philosophical reasoning, while at the same time weaving Shakespeare quotes into a simple boy-meets-girl love story. Ahead of its time in more ways than one, it is amazing to see how we humans of 2015 still reproduce in the old-fashioned way & still believe in God – both vastly outdated notions in the 26th century.

The young & virile cast brought to life the sex-loving, soma-supping lifestyle of the godlike Alphas – a nod to the free-living hedonism of the rich & famous between the wars: at times I felt as if I was watching a well coreographised musical. The best performer of this bubbly troupe was Abigail McKern, whose powerful performance as Linda really brought her character’s desperation to life… a scruffy beacon of humanity in a land of affluent degenerates.

Fear, pleasure-seeking, detached sexual encounters – this play pokes its nose into the secret troughs of the modern psyche. A savage & emotionally interactive production that breaks the mould in a lyrical & daring fashion. FOUR STARS

Posted on September 30, 2015, in Uncategorized. Bookmark the permalink. Leave a comment.

← Waiting for Godot
Life is Shrinking →