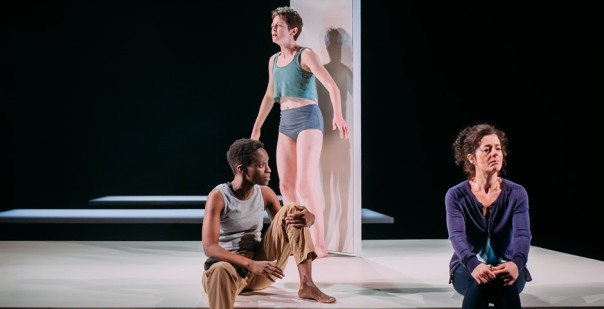 “Who said smashing things up was a bad thing”

This powerful play involves three women who struggle in different ways with self-destruction and self-acceptance.  The play cleverly switches between the three characters, two of which live in the same building.  Ann suffers from severe mental illness and cannot resist the urge to destroy everything in her flat from mirrors to wall paper and eventually the floor boards.  She hasn’t left her house for two Christmases and survives on tins of food in her cupboard.  Her neighbour is aware she has difficulties and tries to speak to her through the door, but she faces her own problems suffering from a relationship break up, seeking solace in the bottle and smashing a mirror and tv, which cuts and disfigures her face. The 3rd character Sam, is a woman who struggles with her gender identity and has made the decision to live as a man; but beaten up by thugs and rejected by many women, Sam struggles with self-acceptance.  She is attracted to Ann’s neighbor and thus their lives are inextricably linked.

A harrowing tale which would be difficult to watch but for the outstanding script and touching humour, which carries and engages the audience,  and tackles many real issues of self-destruction, social isolation, self-harm, becoming housebound and losing touch with reality.  Mercifully the ending is positive for the three characters and hope is the parting emotion. Written by Olivier award winner Stef Smith, directed by Orla O’Loughlin and acted by Sharon Duncan-Brewster, Anita Vettesse and Emily Wachter.  A highly professional and polished performance which sensitively addresses the all too common difficulties of our times.  Don’t miss this show! FIVE STARS

Posted on August 24, 2015, in Uncategorized. Bookmark the permalink. Leave a comment.