A Girl Is a Half Formed Thing 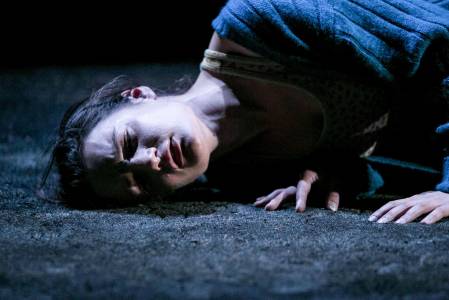 *
I knew that this was going to be special Gig, I could feel it. Having caught up on my sleep. Reviews up to date. I had an artistic confidence to my swagger. It was a lovely day. Pleasant and warm. The Traverse always put on a good show and in time honored tradition I only had a vague idea about what I was about to witness. Now this method of Journalism is quite unique to Divine and opens up the flow of Serendipity. My first Mumble mission of the day was an exquisite piece of theater that was challenging and poignant. A stage adaptation Of Eimar McBride’s Novel. A Girl Is A Half Formed Thing. One thing that really challenges Divine is sleep deprivation and warm theaters. Its a reviewers Valium. So even though I had previously slept the sleep of a thousand sleeps I was nae taking any risk with this one. So I necked a can of Red Bull before I went in.
*
The Traverse is a lovely theater and a meeting hub for thespians and play-writes in the know. It was heaving with people and the Queue was massive. This is always a good sign. It was a sell out performance. My instincts were not wrong. Something very special was about to be witnessed by me and this capacity audience. The lights went down and on walked the Actor Aoife Duffin. This was a Master Class experience of how one person can embody a whole cast, representing all of the personalities, of the different characters of this perfect and powerful stage presentation. The subject matter Incest, Pedophilia, Promiscuity and the resulting effects of dysfunction that naturally follow such traumatic experience. Were perfectly embodied by Aoife Duffin.
*
* 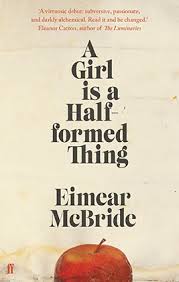 Endemic cultural violence is never and easy subject to touch upon. We all wish it wasnae there, but it is. From the reactions of some of the audience members, I didn’t think that they were prepared for this bit of spell binding, challenging and ultimately disturbing theatrical experience. In Ireland and Scotland, the religious factor is a lot more relevant than in England. Catholicism especially. In my work as a Professional Clairvoyant and Spiritual Healer. This sad and unfortunate reality is revealed to me more often than one would expect. It breaks my heart every time, because I do not know if such a thing can ever heal. To have had ones innocence taken by a member of their own family? I mean how much more disturbing can it be for these poor kids. Because indeed it does set off a chain of promiscuity and self harm. Why? because nobody is offering any solutions. There is whole generation suffering this plight of inhumanity and ignoring it is nae gonna solve it. Divine wants to see the sequel of this Master Class. Where the Hero has found her healing and her assailants publicly stoned.
As Philip Larkin once cynically scribed in his Poem This Be The Verse.
*
They fuck you up, your mum and dad.
They may not mean to, but they do.
They fill you with the faults they had
And add some extra, just for you.
But they were fucked up in their turn
By fools in old-style hats and coats,
Who half the time were soppy-stern
And half at one another’s throats.
Man hands on misery to man.
It deepens like a coastal shelf.
Get out as early as you can,
And don’t have any kids yourself.
The Divine interpretation of this would have read.
“And Man Hands On Mans Inhumanity To Man.
It Deepens Like A Coastal Shelf”
“Untill We Resolve And Heal It!”
*
So Eimear McBride. Its time to work on the sequel.
Another well deserved FIVE STARS and another Masterclass.
Awesome Theatre
*

Posted on August 21, 2015, in Uncategorized. Bookmark the permalink. Leave a comment.