← The Day The Pope Emptied Croy
The Producers → 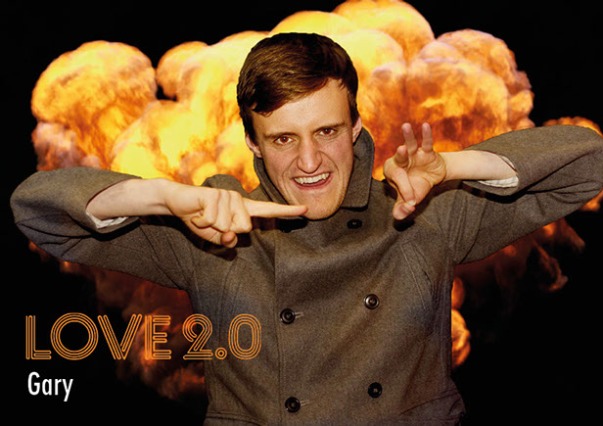 Love 2.0 is a side-splitting comedy with sinister undertones, which comments on how social media and technology has changed the way we interact and communicate with each other. This production by Andy McGregor and his brainchild the Sleeping Warrior Theatre Company delves into the pitfalls of dating in the modern world. Suzie (Lucy Goldie) a giddy character who loves Simply Red and Gary (Samuel Keefe) who quotes Kerouac and loves porn, meet on Facebook, through a mutual friend Big Dave. Their relationship develops through a series of “likes” and “pokes” and they agree to go on a date. But when this ill matched couple meet in the real world, Gary doesn’t quite live up to his simulated online persona.

I enjoyed the way that this play brought to life the virtual components of technology by replacing them with physical props, a Facebook wall became an actually wall with photos being added and removed, text messages wer replaced with post it notes, message alerts represented by a hotel bell and a Skype conversation with tins on a string. Both Samuel Keefe and Lucy Goldie gave lively performances and had natural comedic ability, the laughs were flowing throughout the audience from start to finish. But on a more serious note this production highlights how texts can be misinterpreted, embarrassin photos can go viral in seconds and how easily our virtual worlds can be cyber- stalked and invaded by trolls.A genuinely funny and cheeky play. FOUR STARS

Posted on March 21, 2015, in Uncategorized. Bookmark the permalink. Leave a comment.

← The Day The Pope Emptied Croy
The Producers →