In Times of Strife 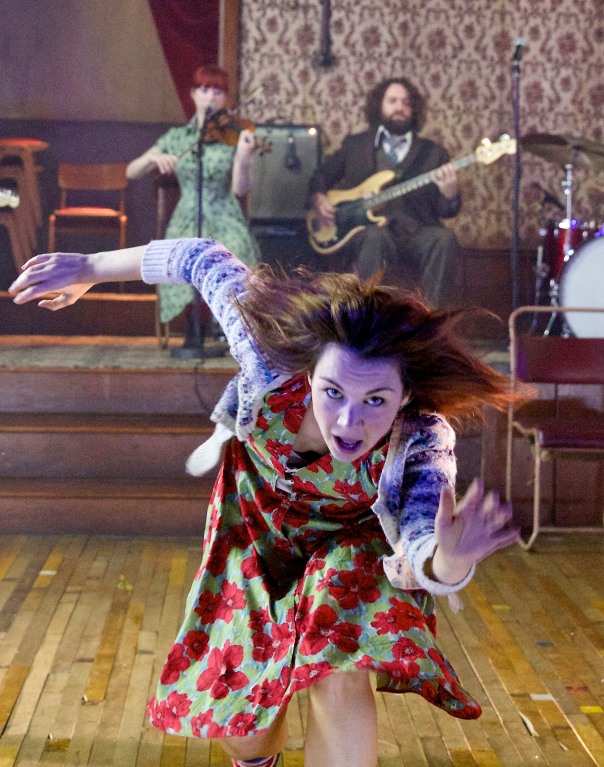 Yesterdays Mumble mission was a trip back in time to a not too distant past. Two notable events in history that shaped the need for disobedience to the capitalist elite, that were hell bent on making the common man suffer without a voice.I left school in 1983, while Thatcher was reigning her tyranny of political terrorism on Northern English, Welsh and The Scottish working classes. A time when unions had a voice and the fabric of British industry was being dismantled. In 1984 the miners strike began, a long and fraught stand to protect the lives and livelihoods that they had only ever known. There were no winners, but they did make a stand, that will resonate as an historical statement forever more. Rebellion was a key factor in this play. Written in 1924 by Joe Corrie, as a social statement to the conditions of hardship experienced by the first wave of Industrial Action, when the common man took a stand against the corporate machine that wanted people to work longer hours for less pay. to protect corporate profits from slipping.

This modern take on the play is set in Lochgelly itself, & could not be any more than disturbing because of its subject matter. Poverty, sickness and dissent are key issues that are explored while in them selves represent human suffering and the fight against oppression. A message that drives home the true nature of Socialism and what the Labor movement was initially intended. To convey the voice of the common man to the elite, that were enjoying the profits of the harsh conditions, that were experienced by men who worked in the local coal mines, mining coal in dangerous and unhealthy conditions. Now. Imagine this brilliant social statement, turned into an all dancing musical. With a Rock n Roll band sat in the back ground. (Electric guitars in 1924?). Joe Carries brilliant poetry translated well into this contemporary performance of Rock N Roll, while the dancing and choreography was also excellent. However, for me an already complex script became even more complex and difficult as a result, & somewhere along the line, something got lost in translation. Stillm ‘In Time O’ Strife, is being performed at The Traverse Theater,’ Tue 9th to Sat 13th of September… then nationally…

Posted on September 1, 2014, in Uncategorized. Bookmark the permalink. Leave a comment.