Domestic Labour : A Study In Love 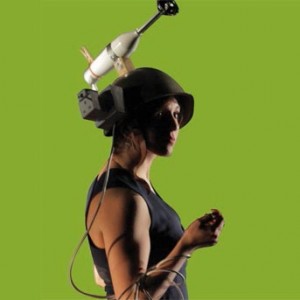 What a charming play this really is, a blend of physical theater & a snappy dialogue that shows the menial sufferings of womanhood. Six vacuum cleaners litter the stage, & are subsequently used to create scenery about which the cast of three women relay their tale. Touching themes such as contraception & cleaning, they recite the script in stagger’d unison, & even use clips from 1954’s film Johnny Guitar in a surreal sidestep through the show.

The play has been brought to Edinburgh by Cambridge-based 30 Bird, an internationally minded group who collaborate with artists and practitioners from as varied a background as the UK, Iran, Germany, Italy, Poland, India, Japan and Turkey. This particular play touches Islamic marriage, & is deliver’d with a certain, surreal charm. Its a shame I saw it so it so late in the run, butr if the play is coming to your neck in the woods in the future, I thoroughly recommend a watch.

Posted on August 26, 2014, in Uncategorized. Bookmark the permalink. Leave a comment.