A Working Title: The Orpheus Project 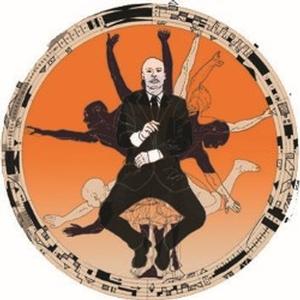 This piece of theatre takes a look at a dystopian future where Union leaders and artists fight against the corporation. The two actors switch characters to play different sides of the struggle. As this is a topic that has been covered everywhere from 1984 to the matrix, it is quite difficult to get originality into such a script. The changes if scene and character where a nice touch and the soundtrack and use of video was also a pleasant addition, as were the references to other dystopian literature and film, (Bladerunner, 1984).

I couldn’t help feel there was a little bit lacking however. The two actors could be professional dancers, with their impressive muscular movement around the set, and I couldn’t help but think this could have been a fantastically choreographed dance piece, however the acting itself felt a little bit “am-dram”, to quote my companion.

It felt like it fell somewhere in between abstractness and really pushing the boat out, perhaps missing an extra push in terms of direction. It would be a great play to take young teenagers to or to pitch to fellow drama students, and it wasn’t without good sense of pace and convincing changes in character. The reason for the poor rating is more that on a sliding scale of comparative performances that I have seen in the fringe, I’m afraid it doesn’t quite sit as high as the three or four star-worthy shows I’ve seen. Edinburgh fringe goers are a tough crowd and with an oft re-worked theme taken from novels and movies, this didn’t offer enough originality to set it above its competitors.

Posted on August 14, 2014, in Uncategorized. Bookmark the permalink. Leave a comment.